Despite the limiting physical size of the smartphone, the image quality of photos taken by phone cameras has improved dramatically over the years. Indeed, the advanced processing capabilities that modern smartphones pack is allowing them to edge ever closer to entry-level SLR images in terms of photographic quality, and encouraging users to leave their portable digital cameras at home.

The start of a relationship

The joint announcement last year of a long-term technology partnership between Huawei and camera-maker Leica to reinvent smartphone photography was a landmark that was viewed by some as validating smartphones as noteworthy replacements for digital cameras by casual users. Importantly, it marks a departure from an unending and meaningless race in camera specifications in favour of improvements that actually bolster the quality of photographs.

I am hardly an expert in cameras, but it was quickly evident to me that Leica represents a legendary brand for photography enthusiasts. The company’s Ur-Leica was the world’s first camera to use standard cinema 35 mm film, and which went on to serve as the foundation for the Leica screw mount rangefinder cameras widely copied by other camera makers. And the rest, as they say, is history.

A less-known factoid: Huawei first contacted Leica for a possible collaboration at the end of 2013, but it was only in the summer of 2014 that an initial meeting at Leica’s headquarters was agreed upon. Why the sudden change of heart in the 120-years old company?

It turned out that Leica had been thinking hard about transferring its expertise in outstanding cameras to a generation of users who are taking more photographs than ever with the cameras built into their smartphones. And what better partner than smartphone maker Huawei, which has a similar obsessive culture of being at the forefront of technology. 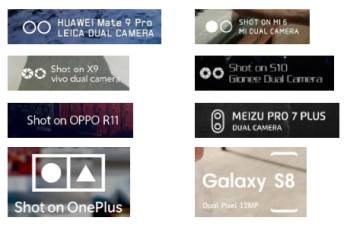 Influenced by the Leica watermark, almost all mainstream smartphones in the market have adopted this feature.

The objective of the collaboration was to upgrade the smartphone photography experience for customers of Huawei smartphones through better image quality. For a start, this meant a renewed focus on top-notch optical design and image quality, and the implementation of the requisite Leica standards to ensure consistent quality for every smartphone camera.

As part of the collaboration, experts from Leica proposed using the company’s exacting standards for the control of ghosting and flare. Ghosting and flare are the result of incoming light bouncing off different lens element, and stem from imperfections in the lens. Leica’s input resulted in the use of an “extreme” testing light source that is dozens of times brighter than what is commonly used to reveal ghosting and flare flaws.

The exceptional attention to standards does come at a cost, albeit one that was eventually overcome through diligent engineering. From an initial yield of fewer than 10 usable lens modules out of 100, it was ready in time for mass production for the Huawei P9. With the same testing standards used for Leica lenses applied to mobile phone lenses, the result is a bona fide Leica lens that adheres to the standards of the company – eventually leading to the kind of results you see in the Mate 10 Pro.

If there is one tangible outcome of this obsessive emphasis on quality, then it would be none other than the popularity of the Leica dual-camera watermarks on photos to highlight the differentiated photography experience. As you may expect, this was copied by many phone makers – you know what they say about imitation is the sincerest form of flattery.