How Huawei engineered its smartphones to stay fast

We use our smartphones for practically everything these days, from keeping a tab on the latest news, updating our social media feeds, to leisure activities such as watching movies and playing games. Given the central role of the smartphone, it is no wonder that users are ditching their old devices for the best and fastest more frequently than ever, sometimes even changing to a new smartphone every year.

Speeding up the slowing smartphone

One perennial problem that is likely playing a part in encouraging users to switch devices may be due to the tendency for smartphones to slow down over time. Much like desktop PCs and laptops, performance on smartphones appears to degrade over an extended period of weeks and months. Apps may take longer to launch, and lags when using an app or when switching between apps start becoming apparent – and annoying.

It appears that this frustrating problem was noticed by engineers working at smartphone maker Huawei, who studied the problem and sought to engineer a solution to help keep smartphones running smoothly even after extended use. The initiative was named “Stay Fast” and incorporated into smartphones made by the company since the Mate 9, P10 and now Mate 10 series. So how does it work?

For a start, apps that are important to the smartphone user are identified using machine learning. These apps are then allocated more computing resources and priority access to communications hardware over apps that are used less often. Separately, an algorithm ensures that parts of the RAM are released quickly so that new apps have the resources they need to immediately launch the moment their icons are tapped.

The other major issue addressed by the engineers would be file fragmentation, which saw Huawei make a switch to the newer F2FS (the Flash-Friendly File System) for storage. The file system was specifically engineered to be robust when used on the NAND flash memory used in smartphones, and delivers better performance on it over the traditional ext4 file system that is normally used.

It is one thing to make a claim, but how is it possible to show that the long-term performance of “stay fast” enabled phones is for real? Testing with synthetic benchmarks apparently won’t work given their one-dimensional nature in measuring the performance of components such as the processor or memory access speeds. As these components are unaffected by the issues that cause smartphones to slow down, results are unlike to differ by much on degraded devices. 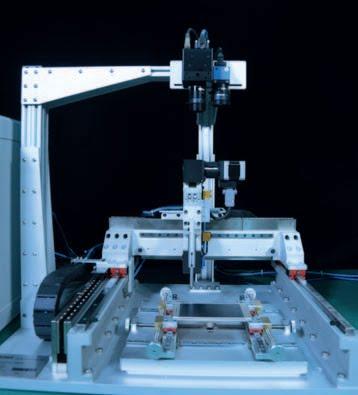 The desire to accurately replicate the typical conditions after a long period of use culminated in the creation of an app called MyBench. To recreate the conditions on a used device, the app works by filling the smartphone with files of various sizes. These files are then deleted prior to installing various databases such as those containing contacts, messages and other apps to simulate the fragmentation that typically occurs on our smartphones. According to Huawei, the process takes hours to complete.

Actual measuring is then performed with a robot programmed based on normal smartphone usage. The real-world movements of users on their smartphones were first filmed and analyzed in slow-motion to precisely map interactions. This baseline activity is then reproduced using the robots on various phones, and measured with high-speed cameras with accuracy in the milliseconds.

On smartphones powered by “Stay Fast”, devices that saw extended use had their performance reduced by between 10.6% and 12.4%, a vast improvement compared to the 60% and 218% for smartphones from other brands. Crucially, the optimization works even better for entry-level devices, with the reversal of performance degradation even more pronounced.

Of course, it is unlikely that the “Stay Fast” technology will dissuade users from wanting to upgrade their devices. Yet it is certainly nice to know that opting to put off an upgrade won’t have you pulling out your hair in frustration, not if you are using a Huawei smartphone, that is.