Battery safety and the Huawei smartphone

In the relatively short span of a decade, the modern smartphone with its colour touchscreen has gone from curious novelty to becoming a ubiquitous sight and must-have gadget in most parts of the world.

Scribble down the names of 20 random friends, and chances are that all 20 of them own a smartphone. Indeed, few would even contemplate leaving their homes without it, and would certainly not hesitate to purchase a replacement should their precious mobile devices be misplaced or damaged.

With the number of smartphones expected to pass the five billion mark by 2019, its average usage has also reached a high of between two and four hours a day. And the latter figure can only go up, considering how users are turning to their smartphones for an increasing variety of tasks. Aside from staying in communication with friends and family members, the smartphone is also used to book a ride, snap some photos, listen to music, or even pay for a purchase.

On the downside, it has become painfully evident that battery technology has yet to catch up with the demands of a mobile-centric lifestyle. While the microprocessors used in smartphones are more energy efficient than ever, the battery life for most smartphones has hovered around the one-day mark and less in the face of sharply increased usage.

It is hence unsurprising that smartphone makers are attempting to push the limits of battery life by increasing the capacity of their batteries. Yet the recent incidents of smartphones catching fire has once again focused attention on the importance of safety, and the need to incorporate adequate safeguards against battery disasters.

It was probably with this in mind that Huawei decided to partner with TÜV Rheinland, a world-renowned safety expert for an independent validation of the smartphone maker’s charging technology. The rigorous tests encompass every component, including power adapters, electronic circuits and even the charging cables, and were conducted both at low temperatures and in environments designed to simulate thermal shock.

I have used various models of the company’s smartphones over the years – starting from the Mate 8, and it was evident that efficient thermal design and keeping the heat down on its smartphones were important considerations. Indeed, the company says it incorporates as many as eight layers of heat dissipating layers for safety. Another little-known fact: Huawei smartphones are engineered to automatically determine if charging cables satisfy requirements prior to ramping up the charging rate. 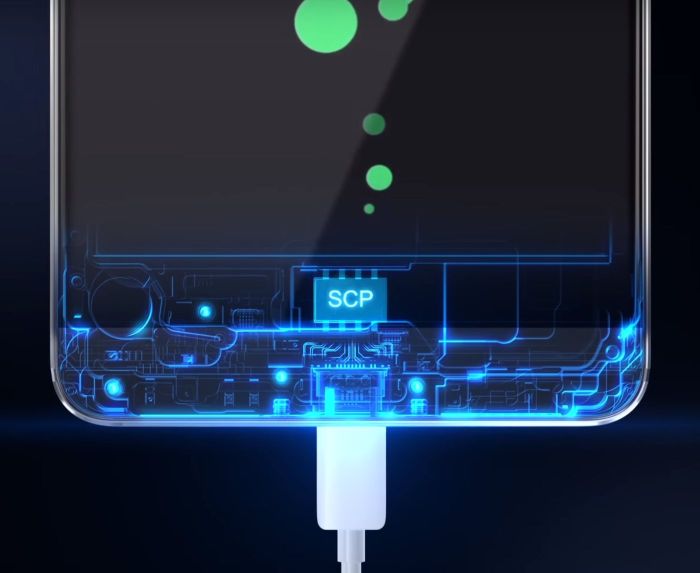 The science behind charging

What about charging, which is the storing of electric power in the lithium-ion battery of the smartphone? This is an area that has gained prominence in recent years as device makers engineer their smartphones to recharge within the shortest amount of time. Referred to by terms such as “fast charging” or “quick charging”, various competing and non-compatible standards have been adopted by different device makers over the last two years.

Confusing names aside, there are two main approaches to fast charging: one being to increase the voltage for a faster charge, and a second revolves around maintaining a low voltage but increasing the current. The Smart Charge Protocol (SCP) protocol used by Huawei smartphones relies on the second approach, which has the advantage of generating less heat. Together with the emphasis on heat dissipation, this offers users greater safety against fires and explosions.

Like other smartphone makers, Huawei recommends that official charging accessories be used for optimal charging results. However, the company is also cognizant that it would be unrealistic to expect consumers to purchase multiple official chargers, and have taken the additional step of imbuing its devices with the intelligence to identify the type of charger that is plugged in, and adapt to offer the best possible charging rate – even on non-official chargers.

Ultimately, the company cares not just about tangibles such as performance and experience, but also important considerations such as the safety and long-term enjoyment of your smartphone investment.