If you are a music lover looking for the absolute top-notch audio experience from a portable music player, then the A&ultima SP1000 from Astell & Kern may just be what the doctor ordered.

The local availability of the high-end audio player was announced by parent company iRiver at a launch event held last Friday at the Suntec Singapore International Convention and Exhibition Centre, with the global sales and marketing director of Astell & Kern, Alex An, taking to the stage to introduce the premium audio player.

An was quick to admit that the company’s previous top-end model, the AK380 wasn’t so easy to surpass. To this end, the team had to experiment with various materials and processors to create a product that can surpasses the AK380 in both sound quality and design.

He outlined a host of internal and external improvements in the SP1000, starting from the incorporation of the latest AK4497 D/A (Digital to analog) converter from Asahi Kasei. Music output was also bumped up substantially from 2.2vrms (Volts RMS) previously to 3.9vrms. This is almost double, noted An, and this ample headroom translates into no sound distortion even at high volume.

Like the Galaxy Note 7 smartphone, the AK1000 uses an Octo core processor under the hood for top-notch performance that is comparable to the latest smartphones, noted An. Personally, I’m not so convinced that having fewer cores would not have achieved the same result, given how far behind application parallelism generally lags.

Whatever the case, An says booting is faster than ever, and device now supports quick USB 3.0 file transfers which is ideal for transfer larger music files. In addition, the portable audio player also supports fast charging, delivering 12 hours of music playback with just two hours of charging.

The ultimate in luxury 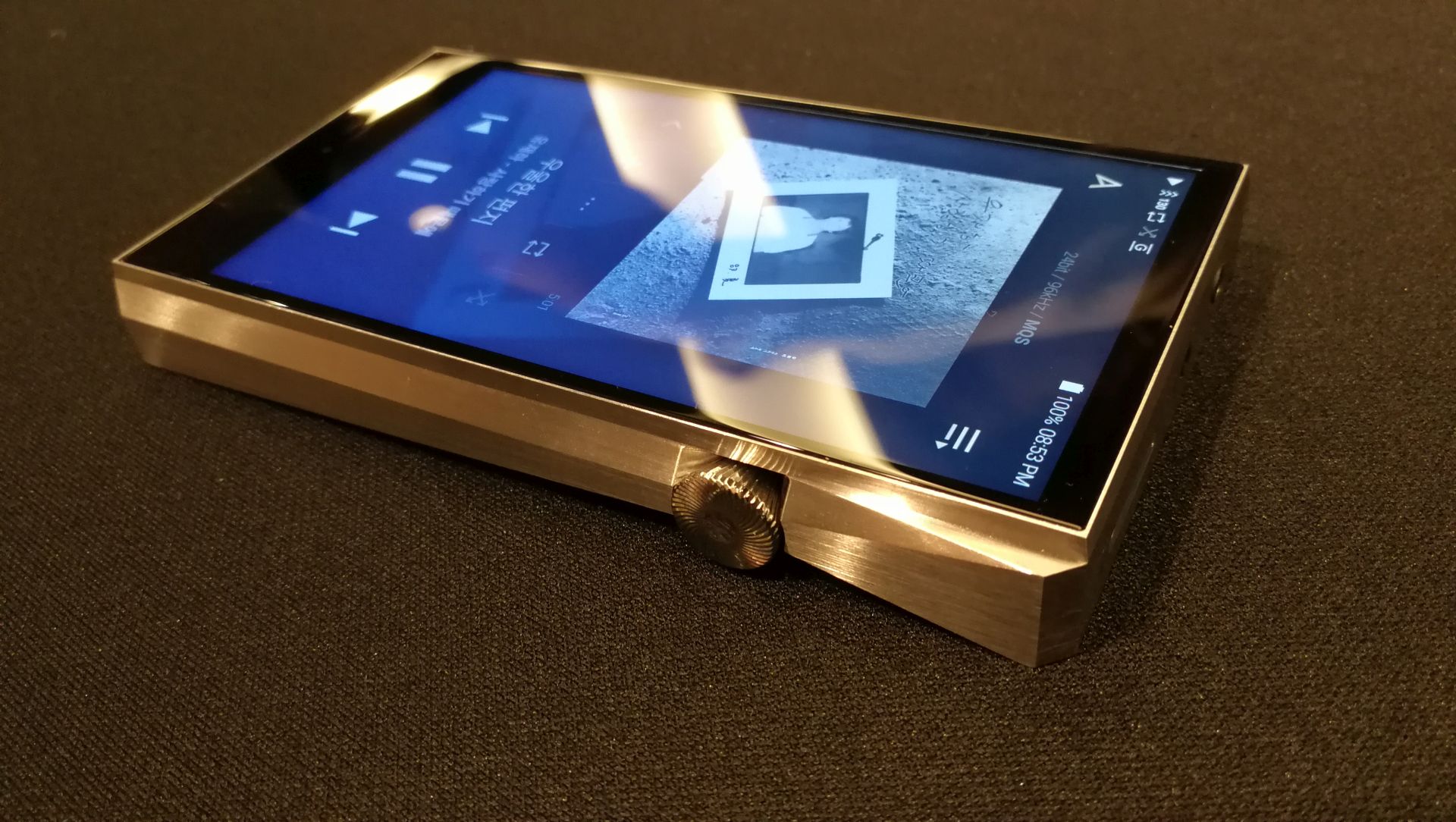 With a design inspired from gemstones, the AK1000 is also available either in stainless steel or copper, serving as a kind of future proofing and assurance to the company’s discerning clientele that this is as exclusive as it gets.

While the AK380 already comes with a case sourced from the same tannery that produces leather for Louis Vuitton, the AK1000 prompted a search for something even better. This culminated with a new case made from leather produced by Tärnsjö Garveri, a 140-year-old Swedish brand that uses a minimal of harsh chemicals.

The AK1000 ships in a wooden box too, so it won’t be something you will be throwing away soon. Actually, you won’t be throwing it away at all once you consider that the portable audio player costs more than your laptop – more on that later.

Finally, expect new models of portable audio players from Astell & Kern to be unveiled in the future. An essentially confirmed this when he explained that the SP1000 is the first model of its premium “A&ultima” lineup. And much like car manufacturers segment the market with models targeted at customers with different budgets, he showed off a chart that shows two more as-yet unidentified family of audio players. 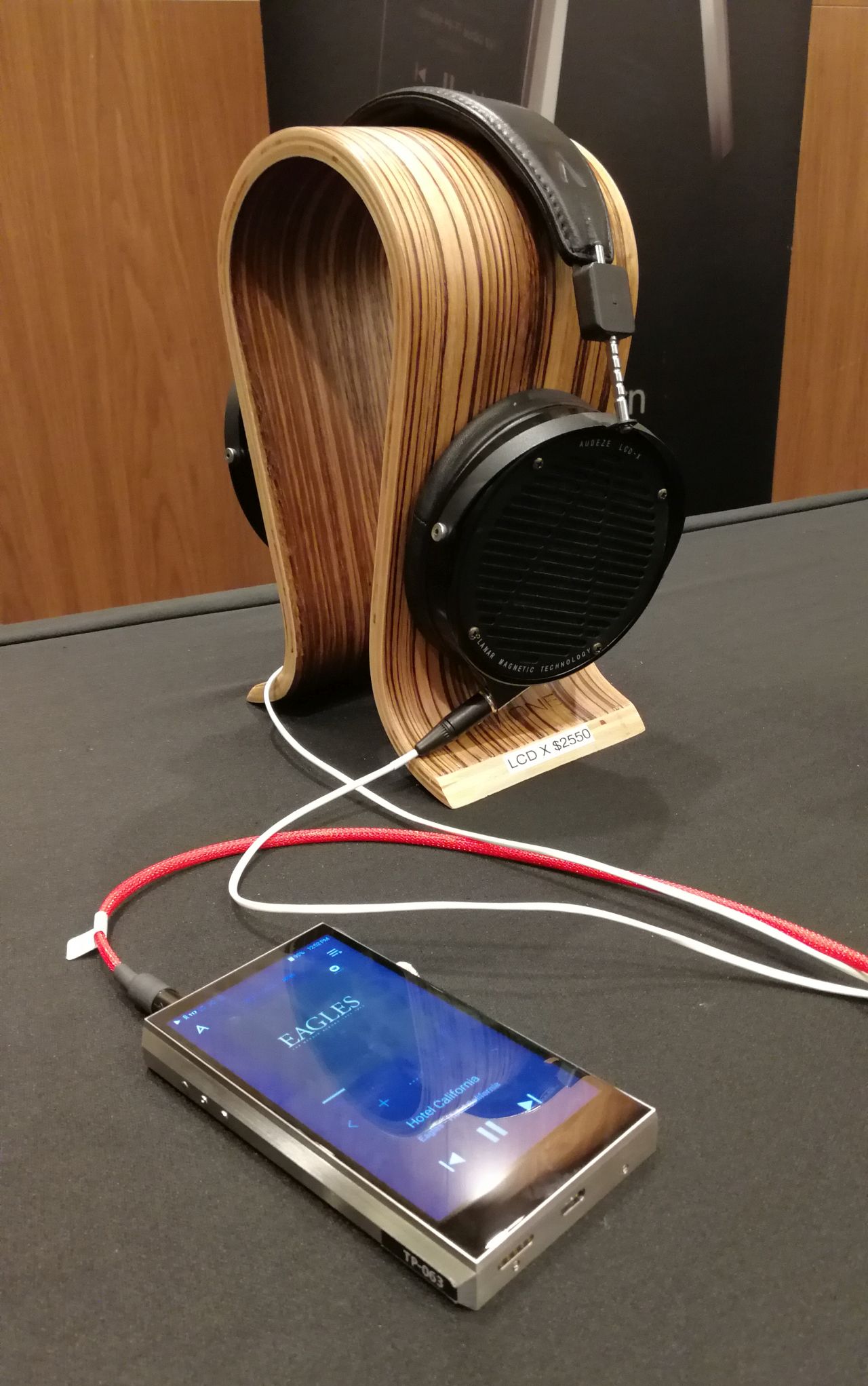 One of the first thoughts that came to my mind was the ease with which the device could be damaged. With its thick outer chassis of metal, the SP1000 is heavy and intolerant of impacts; I noticed one of the demo units with a slight dent along an edge. This makes the bundled leather case an essential accessory, and you probably don’t want to risk dropping it even then.

The multi-functional dial was nifty and extremely well-built. Changing the volume brings up the on-screen volume controls though, which creates an unintended side effect that you can’t make quick adjustments to the volume when browsing songs. The memory card slot uses the same pin mechanism as most smartphones today to ensure that it won’t fall out by mistake, and is a nice touch.

So how good is the SP1000? It sounded a definite notch above the typical experience that I am used to for sure. I listened to Norah Jones with Lonestar, and the Eagles with Hotel California, and the player delivered incredibly strong and clear on the mids for both, with punchy and effortless bass for the latter – no sound processing required. As you can imagine, it was an effort to put it away.

I must qualify that I am no audiophile, and the demo set I tried was also paired with the Audeze LCX-X, a planar magnetic headphone that is renowned for its detail and contouring in its mids. And yes, it will set you back by SG$2,499, which makes the $600 Sennheiser Momentum Wireless that I recently purchased seem like an entry-level device in comparison.

But it won’t be an issue if you can fork out the dough for the SP1000, which is priced at a princely sum of SG$5,499. The SP1000 player will be available in Singapore end-June, at the usual places such as AV One, Stereo and Connect IT.