The annual Citi Tech for Integrity (T4I) Challenge is an open innovation challenge to globally crowdsource tech solutions that promote accountability, security and transparency in the public and private sectors.

The Singapore leg of the T4I finals was hosted earlier this month at Mastercard’s new office at Duo Tower, and we were invited to the closed-door, full-day event to witness as finalists presented their solutions to a panel of judges.

As much as 5% of the world’s GDP is compromised every year due to corruption, said Julie Monaco, the global head of Public Sector Group at Citi in her introduction. Initiated two years ago, the Citi T4I initiative was conceived as a platform to attract the best and brightest to solve this problem with the use of technology.

The creation of the right tools will hopefully serve collectively to put a dent on corruption and other financial shenanigans to benefit all, be it economies, governments, banks, and the general populace. Indeed, the theme of using technology to solve problem was repeated emphasized, as participants showcased both ingenuity and technical acumen to solve longstanding problems.

While some of the solutions pertain to specific technical operations within banks, or are geared towards fraud detection within financial institutions, there are others with broader remits. We take a closer look at a couple that can help organizations ratchet up on security in general. 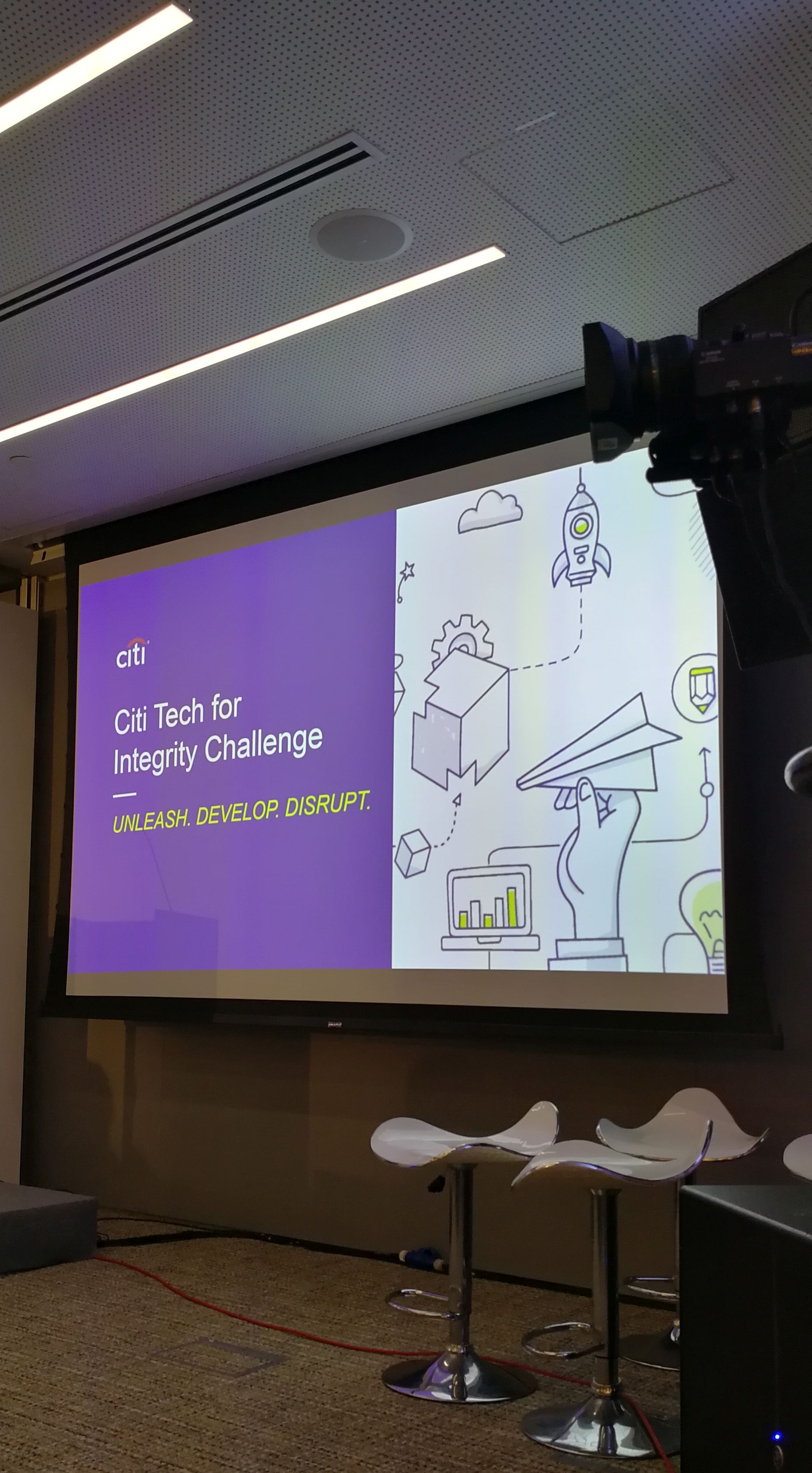 Putting a face to security with Paycasso

Paycasso applies biometrics in the form of face recognition to validate that users are who they claim to be. While this is hardly novel in an age of fingerprint and palm vein readers, the barrier to use Paycasso is low, requiring nothing more than the front camera from a standard smartphone.

Implemented as an app with access to the front-facing camera, users position themselves so that their faces can be analyzed by the company’s verification engine. Results are verified against an existing repository such as government records such as a password, or a baseline identity captured during an initial onboarding process.

The objective is not so much to build a bulletproof authentication system, says the company, but to sufficiently validate the identity to a high level of confidence with commodity hardware. This means the system probably can’t tell identical twins apart, though the clever use of video ensures that tricks such as holding up a photo won’t work.

Crucially perhaps, the video stream is processed locally, and only a digital measurement of the face need to be stored remotely. This prevents the captured data from being abused, and simultaneously sidesteps a range of potential regulatory and sovereignty issues. Paycasso is currently working with pension companies to ensure that benefits go out to beneficiary.

Landlines are going away, and VoxSmart offers the technology to monitor modern smartphones to comply with regulatory rules and hopefully cut down on the temptation for misdeeds. According to managing director Benjamin Ng, a persistent software is embedded on a compatible Android or BlackBerry 10 smartphone to give IT the ability to track end-users.

At the heart of VoxSmart is a highly efficient engine to continuously capture and transmit communications in real-time. This includes voice conversations, text messages, and even encrypted messages from supported messaging platforms such as WhatsApp. That’s not all: screen capture is currently in beta, and video recording is next on the to-do list.

The main beauty of VoxSmart is how it empowers organizations to unlock the power of mobility while addressing regulatory and internal compliance anywhere in the world, noted the Singapore-based executive of VoxSmart Malaysia. Installation requires physical access to the device, though the process itself is understood to be relatively quick and straightforward. A reset to factory defaults or a re-flash of the ROM will remove VoxSmart, but would be immediately apparent from its absence on the VoxSmart network.

There are obvious privacy implications the company’s solution, though Ng noted that the onus is up to company executives and the HR department to ensure that employees are duly informed. Of course, the implicit understanding is that only company-issued phones are monitored.

The role of technology

Citi’s T4I was a living showcase that technology applied correctly and responsibly can be used to solve genuine problems and make a real-world difference. This could range from the all-too-human problems of fraud and corruption, but is certainly also applicable to the constantly evolving security threats in our digital world.

In my mind, the pertinent lesson to businesses (and the rest of us) would be the folly of refusing to veer from a singular approach to solving problems. A more flexible mindset though, could see the judicious application of new solutions and strategies to help us do things much faster and efficiently – as well as more securely.