Do you know that the PC Show 2017 and Consumer Electronics Exhibition (CEE) 2017 in Singapore are held on the same days from today till Sunday (1-4 June)? It does sound insane, but the PC Show 2017 is currently held at the Marina Bay Sands Events & Convention Centre (MBS) while the CEE 2017 is simultaneously taking place at the Suntec Singapore International Convention and Exhibition Centre (SSICEC).

Official operating hours for both are from 12pm noon to 9pm, though two sections of the CEE 2017 open an hour earlier at 11am. I just came back from a whirlwind tour of both shows earlier today, and want to quickly jot down some of my thoughts to help you decide which to visit.

CEE 2017 appears to have the edge over the PC Show 2017 in terms of the sheer number of brands represented, with many apparently brought in by retailers such as Challenger, Harvey Norman and Newstead. To be clear, many of the top brands can be found at both locations, such as Asus, D-Link, Secretlab, Dell, and Lenovo, though certain brands have a far bigger presence at the PC Show, such as Creative.

I didn’t attempt to do much in the way of comparison, though certain items I saw, such as Dell monitors, were sold at the same prices at both events. In fact, the Dell monitors displayed at both locations were the same, including how they were arranged on display racks. In addition, it is worth noting that not everything is priced cheaper. Some LG monitors that I saw for instance, are priced similarly as elsewhere – so do your homework before making a purchase.

Below are some further observations, followed by my recommendations. 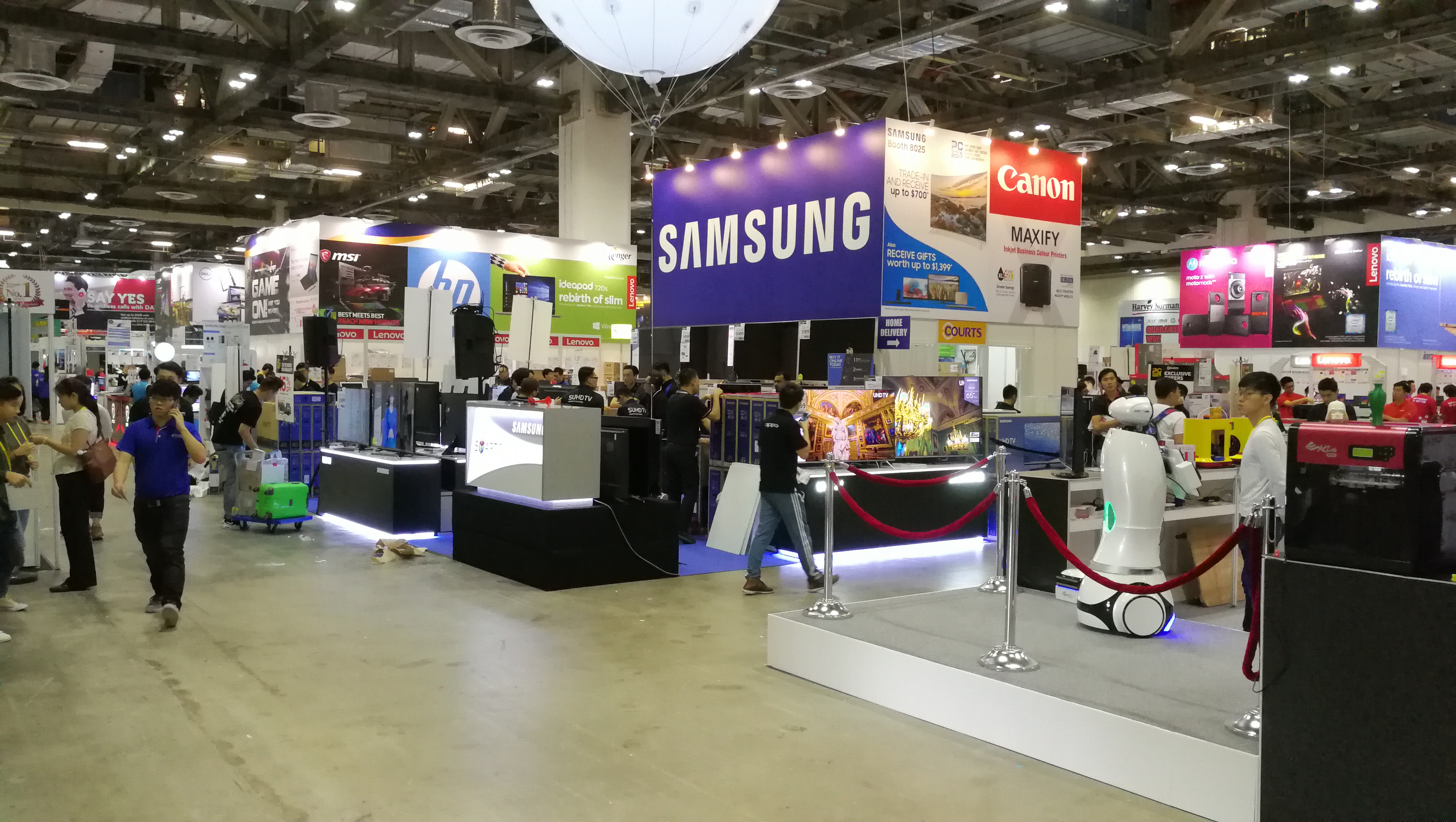 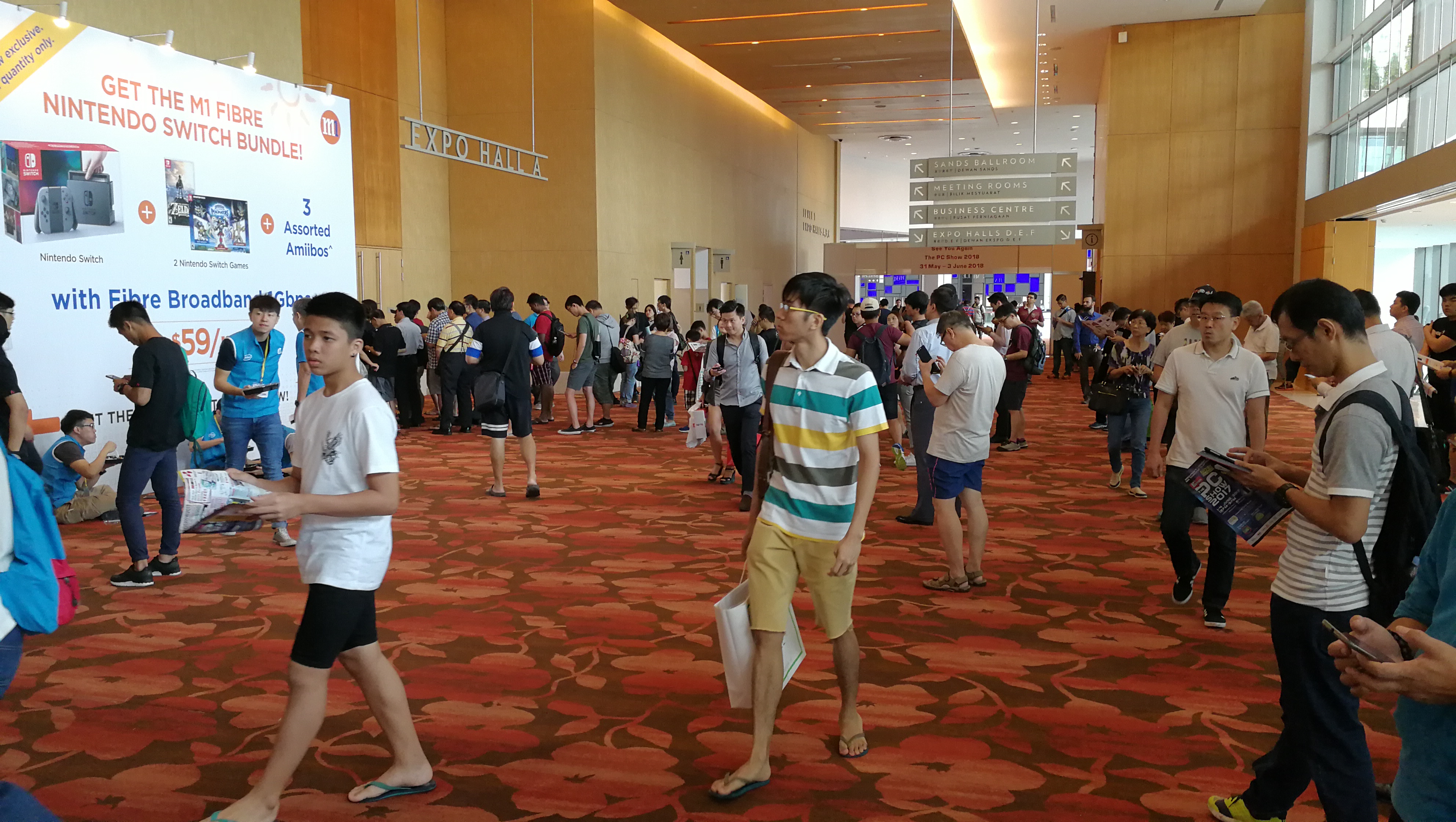 I was able to get in earlier at the PC Show 2017, but you can see the queue forming just before the doors opened at 12pm here.

The PC Show 2017 takes up the entire convention hall area at level one of the Marina Bay Sands Events & Convention Centre. Security also appears to be tighter, which I reckon can only be a good thing. There is also an ongoing “Amazing Tech Hunt” game to win a 1-night stay at MBS if that’s your kind of thing. I personally don’t care about it, but you can check out more details about it here (pdf). 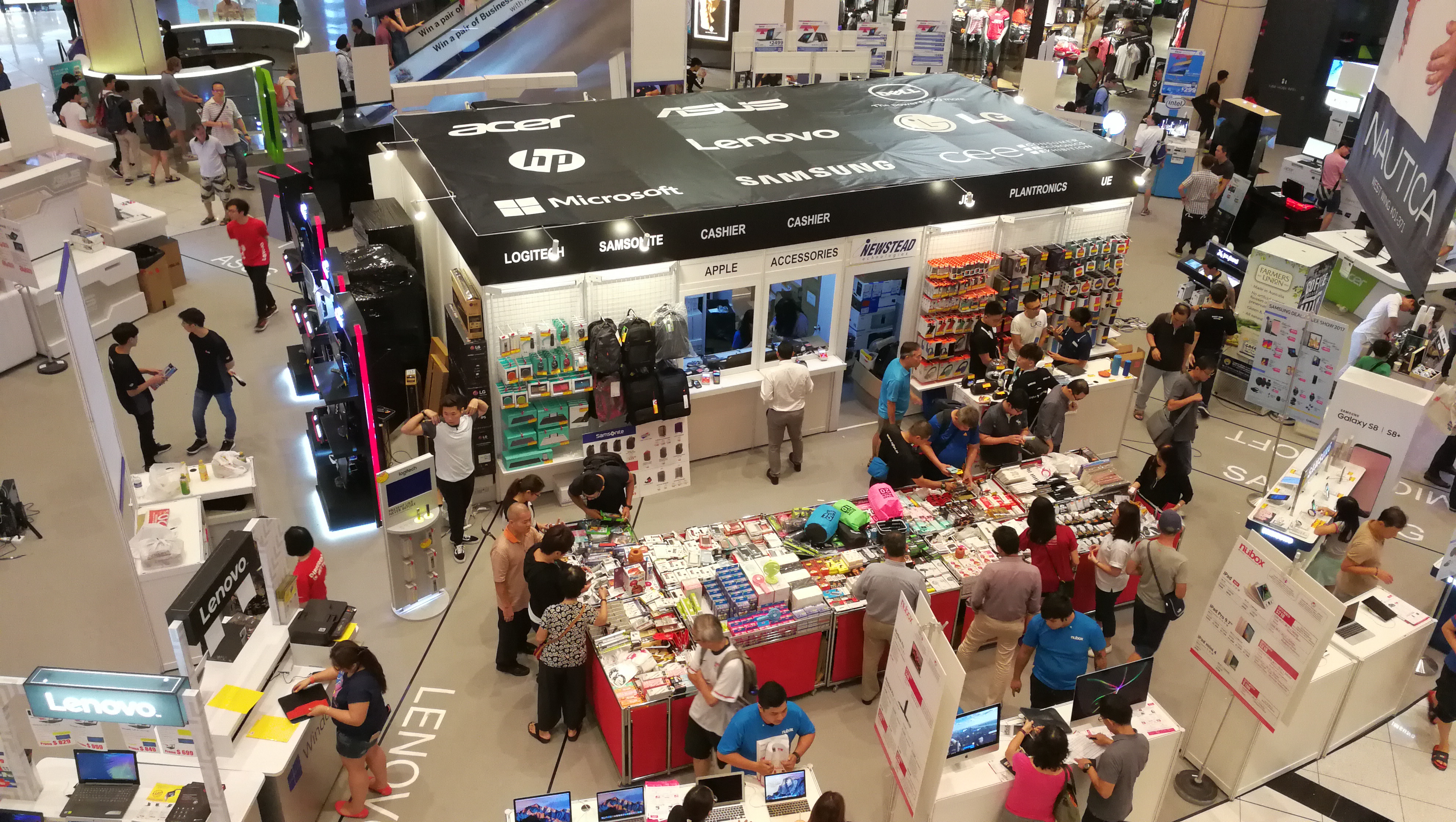 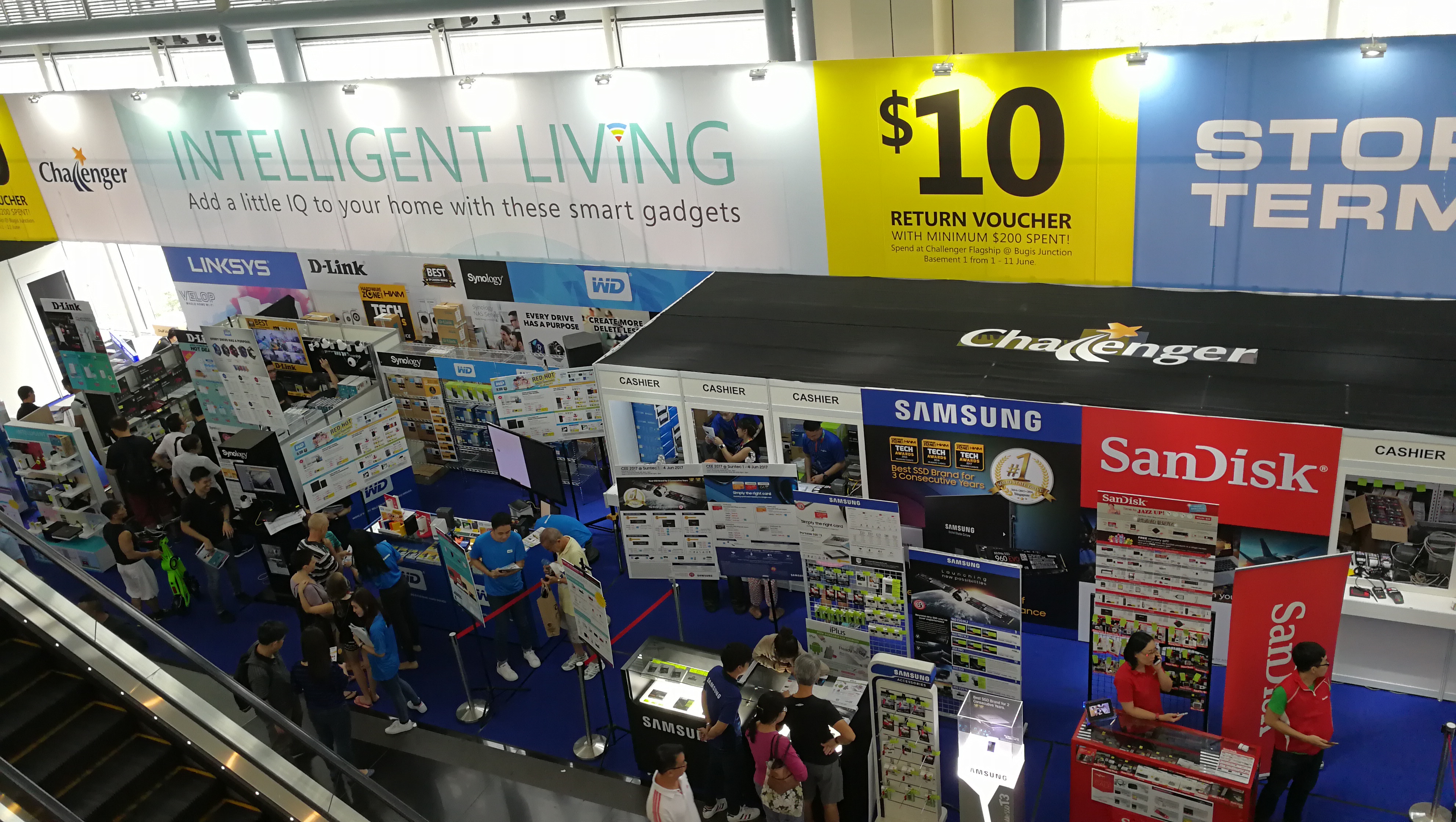 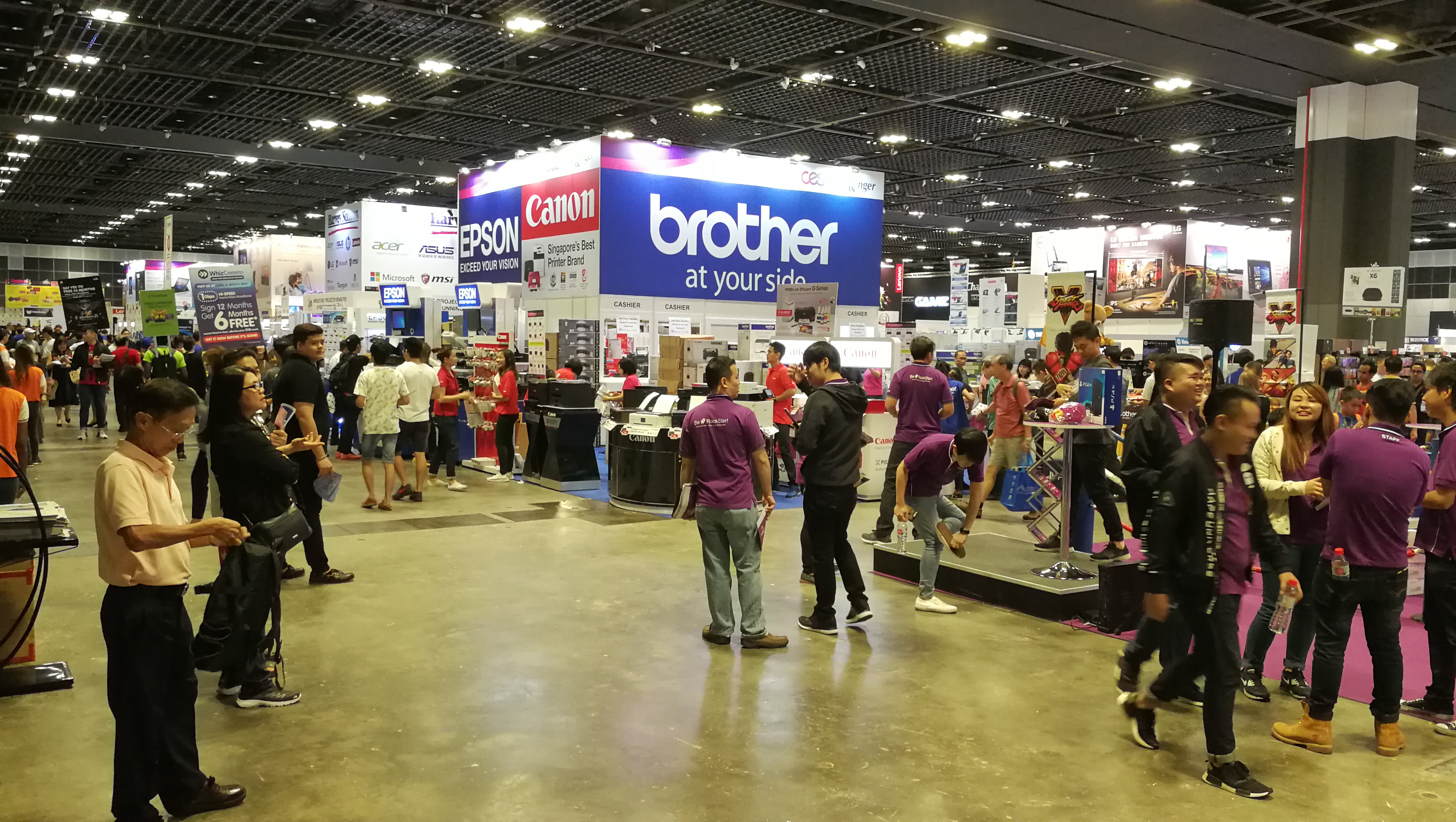 CEE 2017 is spread over three quarters of level 4 of the Suntec Singapore International Convention and Exhibition Centre, the foyer area at level 3, and the foyer at level one of the mall. From my casual observation, many more brands can be found at CES 2017.

One important point to note: The main event hall at level 4 is right next to the Singapore Book Fair, which kicked off on Tuesday and will continue until 5 June, Monday. I’m not sure what it is going to do in terms of the crowd, but I think the bets are off that there’ll be more people at SSICEC than at MBS. 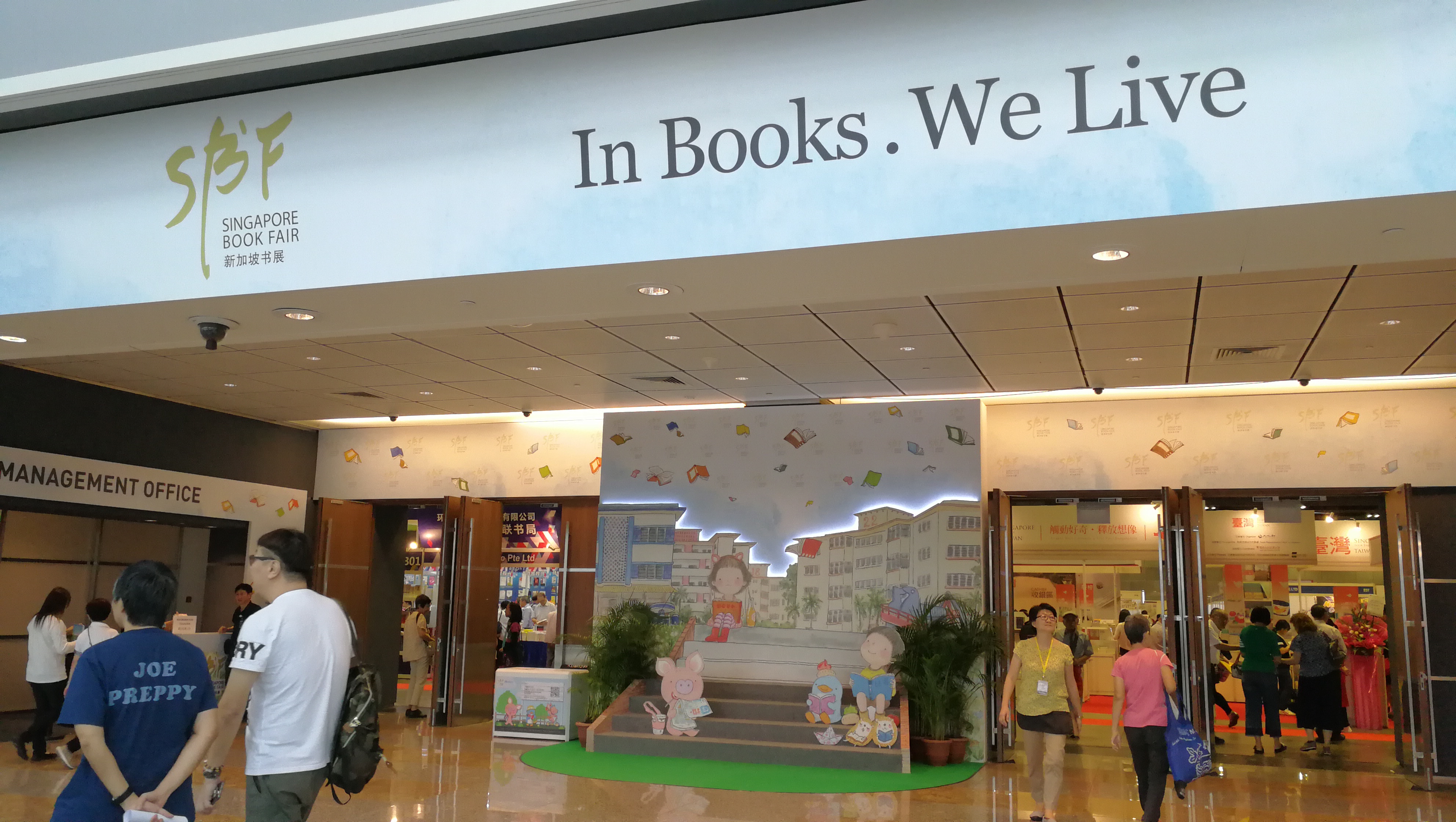 Before tossing the coin…

Which should you go to, assuming you can’t just visit both? Overall, the event setup was great and halls were brightly lit, with good spacing in the aisles. If you have kids and plan to go down with your wife/girlfriend who is less appreciative of tech stuff, however, then the PC Show may be a better show to visit. There are no escalators to snag the wheels of the pram, and the crowd management will (probably) be better – more on that later.

If you are heading over alone and plan to spend the whole day geeking out at the plethora of gadgets, then CEE may be your best bet.

Whatever the case, make sure that the brands you are checking out are there. The official floor plans offer a fairly comprehensive picture for this (though not complete – I spotted Synology at the CEE 2017 even though it wasn’t on the plan). You can see the one for PC Show 2017 (MBS) here (pdf) or CEE 2017 (SSICEC) here: Level 1, Level 3, Level 4.

Update: And if you are heading over to the CEE, do check out “Three must-see brands at the CEE 2017 IT show” here.