You probably remember Xmi, the Singapore company that literally pioneered the concept of the portable speaker with its popular X-mini capsule speaker product. Things have been quiet for some years now, so what happened? 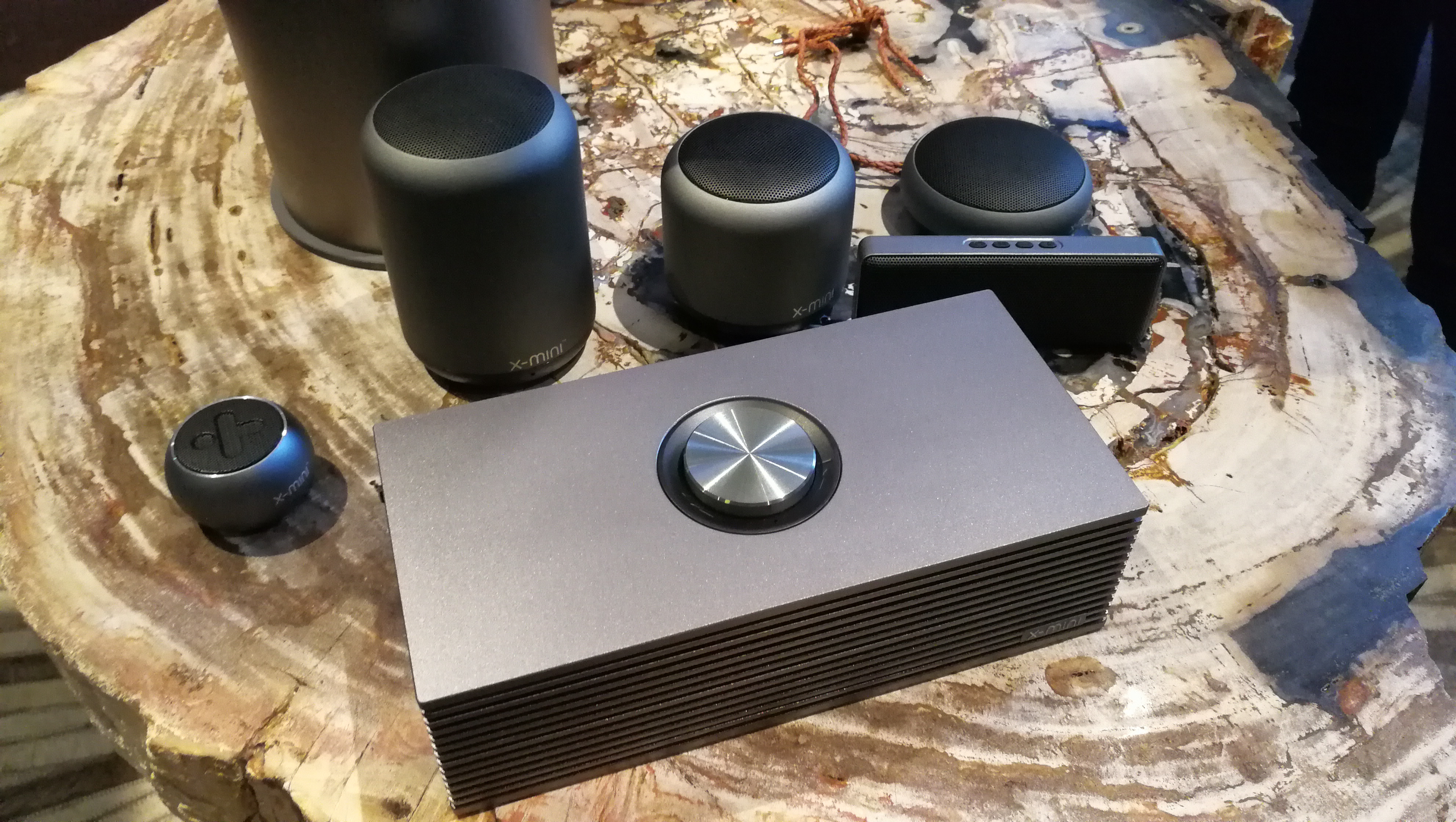 A report published on the Straits Times last month offers the unabridged story of the intervening years. In a nutshell, the founders of Xmi admitted that they were not adequately prudent with the millions in revenue during the good years, and were hence not ready to cope with the intense competition that their brand arguably created. This forced the firm to scale down dramatically in 2014 to stay afloat.

The company had invested the time into research and development on proprietary audio components such as the tweeter and other driver units, said Lee to me at the sidelines of the event. His younger brother and co-founder Ryan was not in town, as he is currently in the States awaiting the birth of his child, he explained. 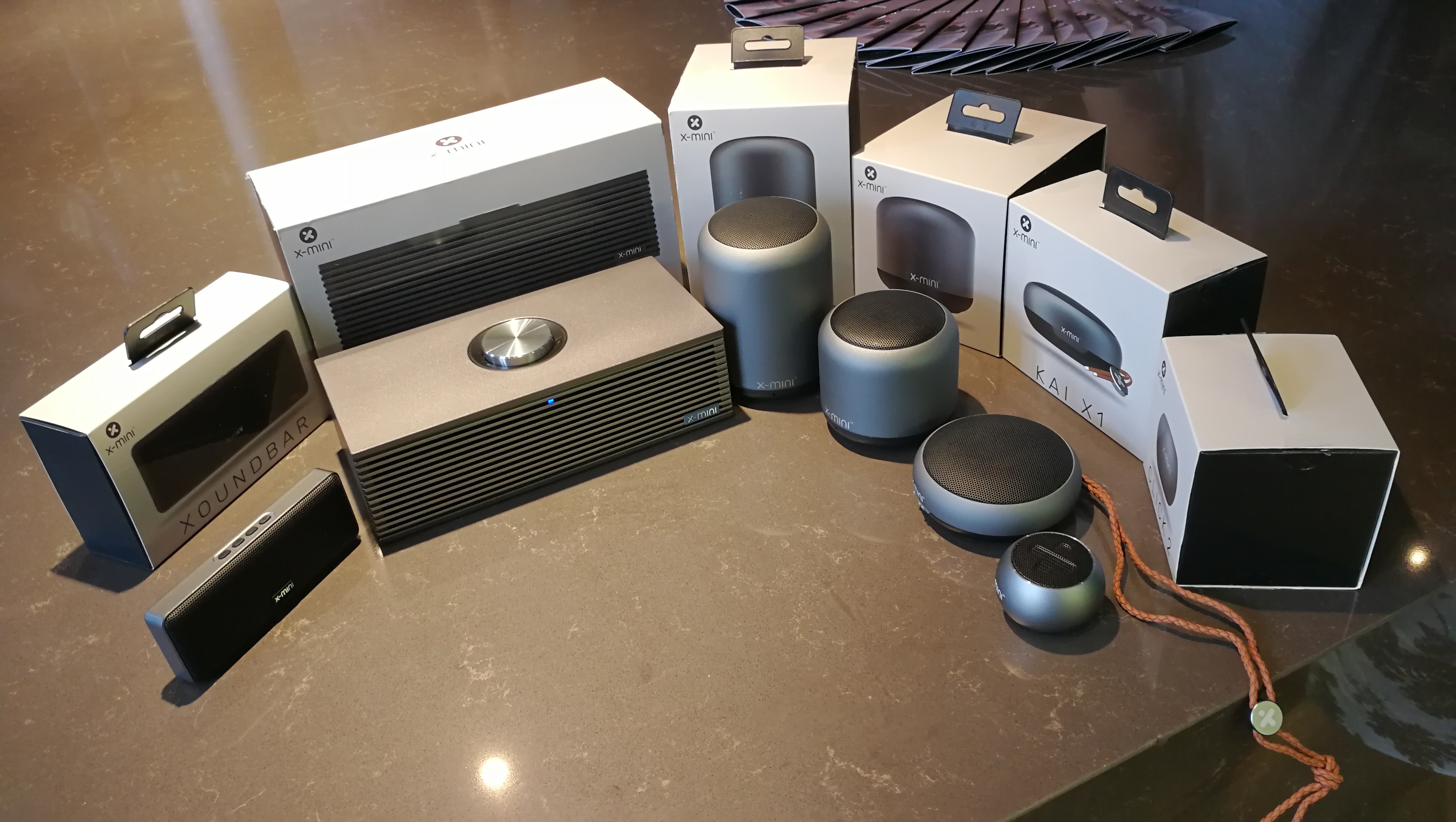 Here’s my PR-unsanctioned take of the new family of speakers, with prices in Singapore dollars.

Other than the X-mini Supa, all the above speakers can be paired with a second unit. The second unit must be the same model, however, or you’re out of luck. And no, you can’t wirelessly pair 10 units together either.

In terms of battery life, you should get a respectable Bluetooth playback time of between 6 and 8 hours depending on the model, though the Xoundbar is rated slightly lower at 5 hours, and the massive Infiniti at 4 hours. 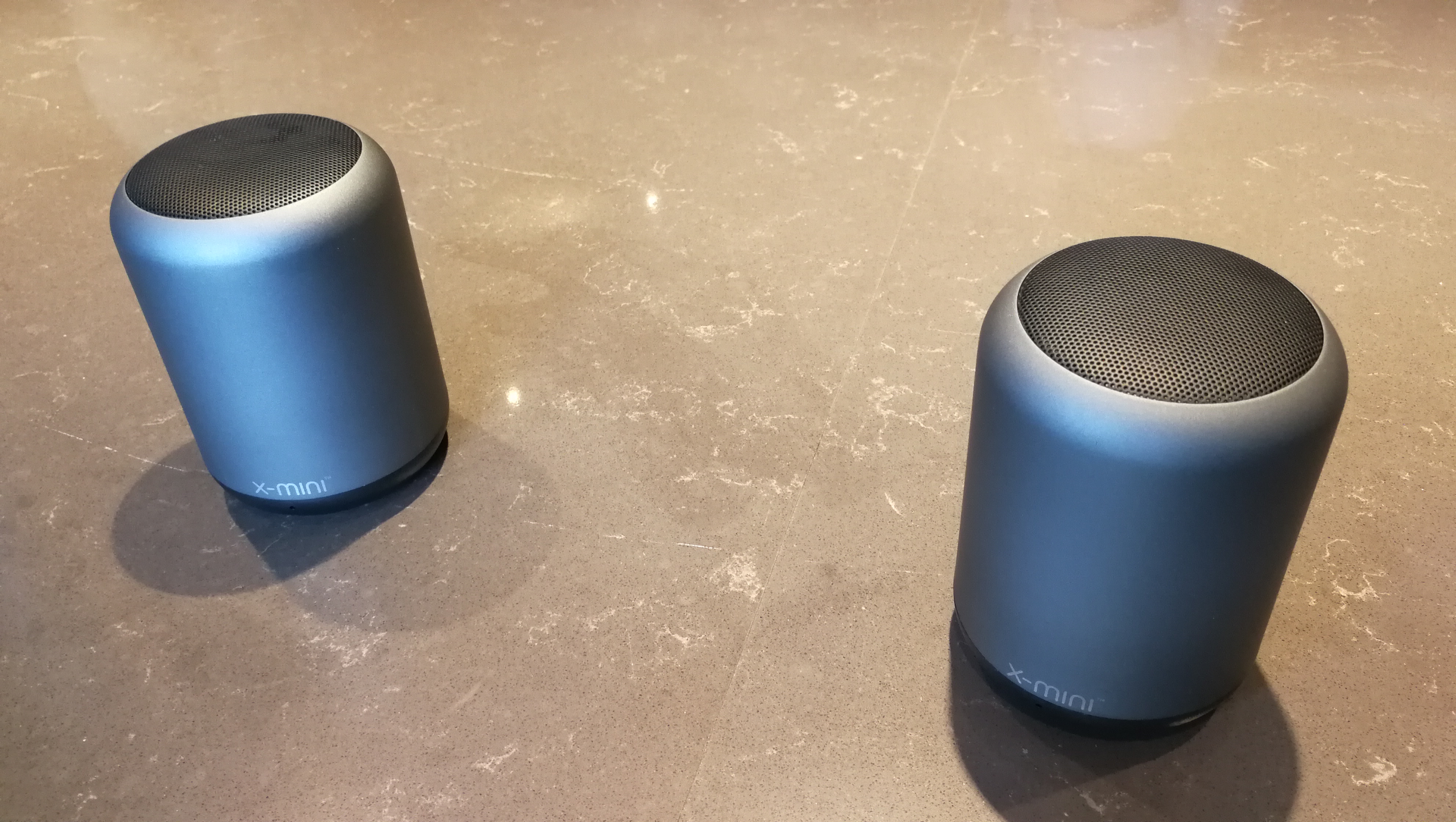 I didn’t manage to try every pair of speakers, and the noisy venue was hardly an ideal location to reliably test them. I did spend some time with two paired units of X-mini Kai X3 and the Xmi Infiniti, and outline my thoughts on them.

One thing that jumped out at me about the Kai X3 was the clarity of the mid-range, with vocals coming through strong and clear. The chassis vibrated strongly with the volume pumped up, though it stayed firmly in place on the table. I have reviewed scores of speakers in my decade of writing for various publications, and still found the small device to be surprisingly loud. I think this underscores Xmi’s claims that their speakers are designed with highly efficient circuitry. 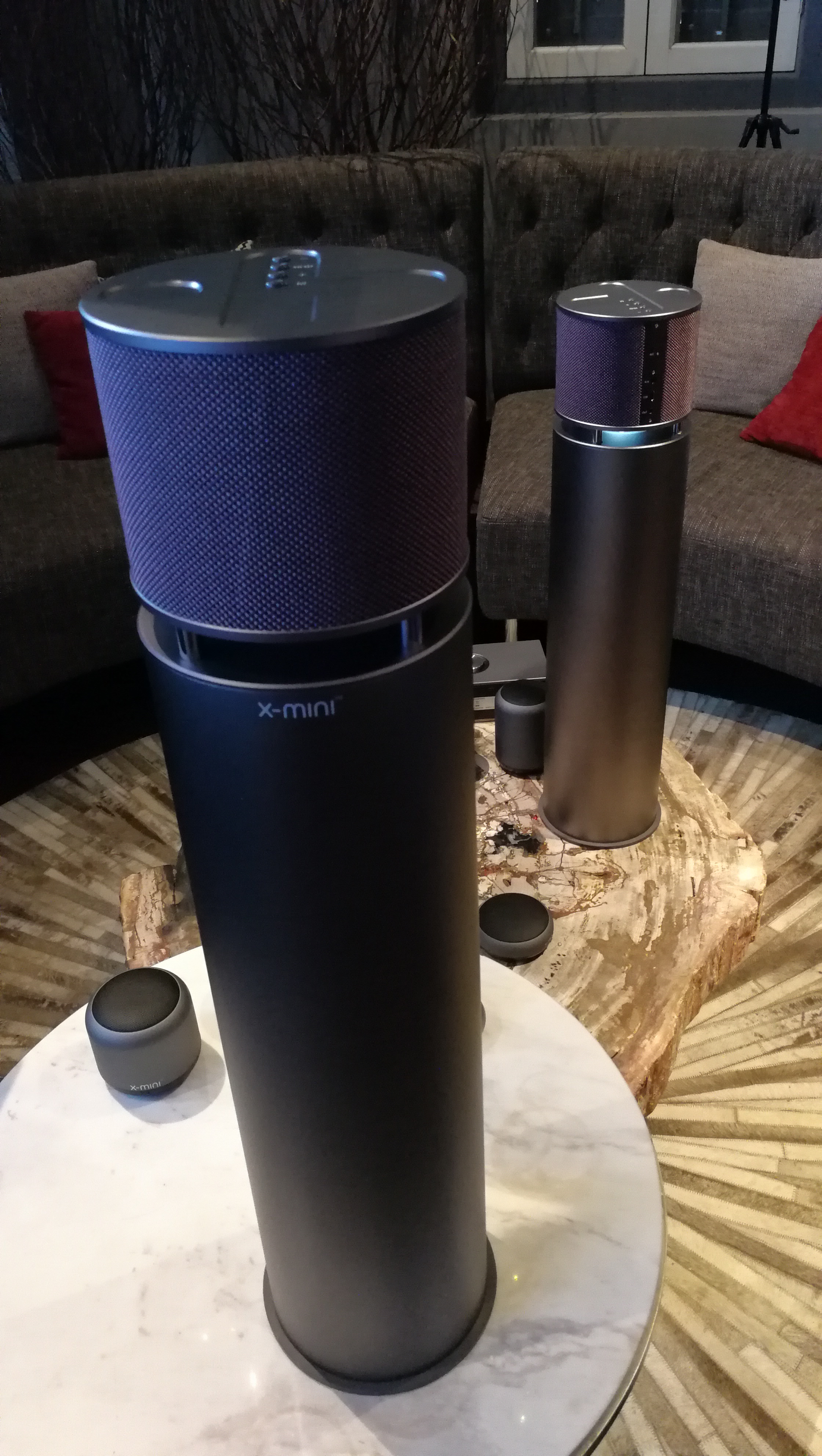 At 60cm tall, the X-mini Infiniti was the largest of the lot. The one I listened to wasn’t even playing near its full volume, and it was already easy to imagine trying to converse discotheque-style on a noisy dance floor. With pop music, bass was deep and mids clear in signature X-mini style. Indeed, the vibrations from the strong bass could be felt on the floor a meter away, and that was with the Infiniti set on a low table.

To be fair, I must say that playback with rock and “live” music foundered a little with slight muddying, though quality was still respectable without any distortion. However, it is worth noting that the Infiniti is a portable speaker, with up to 4 hours of music playback with no wires attached – making it just what the doctor ordered for impromptu house parties.

Can Xmi succeed with its comeback attempt in today’s extremely crowded market? Only time will tell. The silver lining perhaps, is that the global market in portable speakers is also now much bigger at almost US$7 billion. Even a very small slice of this pie would be nothing to scoff at.

Full availability of entire family is end-June, though some models can already be purchased at local stores. You can order them online from www.x-mini.com or e-commerce sites such as Lazada, or from the usual suspects authorized resellers such as Best Denki, Courts, Challenger, Gain City, Harvey Norman and (even) Popular.

Family of highly compact speakers with surprisingly loud music playback, available in multiple sizes and price points to fit your budget (and pockets/bags). New X-mini family delivers clear mids, strong bass, and is easy to pair two of them together for stereo playback. Full availability of entire family is end-June, though some of them can already be purchased at local stores.