Business intelligence is not always about business. IBM has launched the “Chef Watson with Bon Appetit” app, which was introduced by IBM and the Institute of Culinary Education (ICE) earlier this year at the SXSW conference in Austin, Texas in the US.

Initially available via a limited beta, the new app, powered by IBM Watson technology and publication Bon Appetit’s culinary knowledge, will allow more cooks to draw on Watson’s advanced learning and natural language capabilities to create entirely new recipes and food combinations that have previously never been conceived, IBM said. The original Jeopardy! winning Watson system was trained to understand a large amount of information and quickly retrieve answers to all kinds of trivia questions. 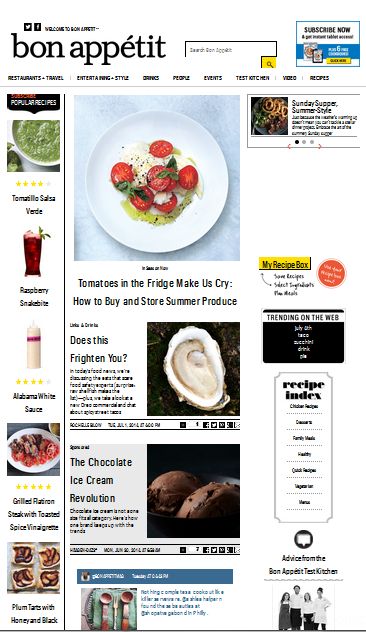 “At Bon Appetit, we were curious to see what Watson could discover that was never previously considered, helping unlock a chef’s creativity,” said Adam Rapoport, Editor-in-chief, Bon Appetit. “We see the intersection of technology and food sparking new thinking and creativity not only in our own test kitchen, but in our reader’s homes as well.”

“We’re partnering with Bon Appetit to put Watson initially into the hands of a small group of people who have a passion for cooking, a desire to experiment and who want to be a part of something ground breaking,” said Mike Rhodin, Senior Vice President, IBM Watson Group. “Our goal is to help people discover the potential of cognitive computing systems. These systems can understand vast amounts of data, compounds, and formulas as well as learn from interactions with people and information, in a far more intuitive way.”

Chef Watson will initially be available to a select group of Bon Appetit’s readers, building on the success of Chef Watson in the Bon Appetit Test Kitchen, taking it a step closer to becoming a full fledged app that is available to a wider audience. Bon Appetit readers can visit this site for the opportunity to become a beta-tester and read about the experiences of home cooks working with the app here.