Gamers have whispered for over over 30 years about a treasure trove of video game cartridges that Atari had reportedly discarded in 1983 after a crash in the gaming market.

The rumour was proved true over the weekend. On 26 April, reports came out of the US that cartridges, some still playable, have been found at a landfill in the desert in New Mexico, in the US. The cartridges unearthed include those of the ‘worst game ever’, E.T., at a site that is fairly near Roswell where aliens are said to have landed. 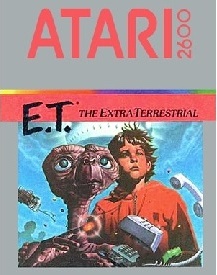 E.T. was an Atari 2600 video game adaptation of the beloved 1982 film E.T. the Extra-Terrestrial, but reportedly rushed to the market too soon. A story from CNET notes that a typical Atari game takes five months to produce, but E.T. was pushed to the market in about six weeks. After it tanked, Atari decided to bury it in a landfill and pour concrete over the site.

Atari today continues to deal in entertainment, mostly in the same video games remade for mobile devices and today’s game consoles. The company owns and/or manages a portfolio of more than 200 games and franchises, including brands like Asteroids, Centipede, Missile Command, Pong, Test Drive, and RollerCoaster Tycoon.

According to a post by Mashable, which itself had nearly 6,000 shares at the time of writing, the excavation was funded by Fuel Entertainment and Xbox Entertainment Studios for a documentary slated to appear exclusively on Xbox.

A video of E.T., currently with 2 million-plus views, can be watched on Youtube here. The owner of the channel, who uploaded it in 2006, comments that “This game, by far, has to be one of the worst, if not the worst, game ever made”. The video is ‘so bad it’s good’ with more than 9,000 comments on it, most of them made before the find.

We last wrote about Atari when it launched RollerCoaster Tycoon for iOS.