The Micro Four Thirds System, which is a type of mirrorless cameras jointly announced by Olympus Imaging and Panasonic in 2008, has now got a new partner: Yokohama-headquartered JVC Kenwood.

JVC Kenwood, which manufactures and sells video, audio, and radio equipment globally under the JVC and Kenwood brands, will soon be introducing a new line of advanced new Micro Four Thirds products, according to a recent press release by Olympus.

JVC Kenwood is exhibiting Micro Four Thirds reference products at NAB, a US tradeshow for broadcasting equipment, which runs from April 7 to 10. The company is proposing a 4K mini camera system with a 4K Super 35mm image sensor, a flexible interchangeable Micro Four Thirds Mount camera head, and a built-in large-screen monitor. 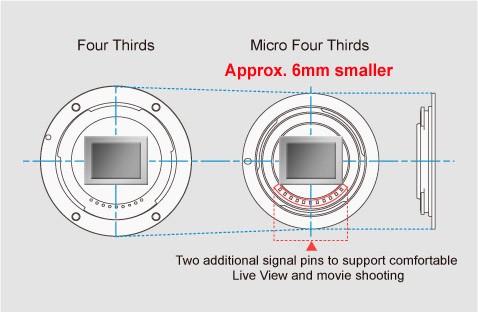 A 4K compact handheld camera recorder will also be on exhibit, featuring a 4K Super35mm image sensor, and a Micro Four Thirds Mount to accommodate a wide range of interchangeable lenses.

As the originator of the Micro Four Thirds System standard, Olympus Imaging will continue to develop and enhance its interchangeable-lens digital camera system lineup, the company said.

While additional support for the standard is welcome, what is crucial is boosting the relatively low popularity of Micro Four Thirds cameras in the US. The challenges facing the Micro Four Thirds system are detailed in this August 2013 blog post by Scott Bourne. “If a Japanese camera doesn’t sell well in the USA, the manufacturers make a change,” he warns.