Google‘s April Fool’s hoax this year was uploaded onto Youtube on 31 March, throwing some fans off as they thought it might be real. The company partnered with Nintendo and Pokémon to create a Google Maps mini-game with 150 Pokemon monsters hidden within the maps in Google Maps. 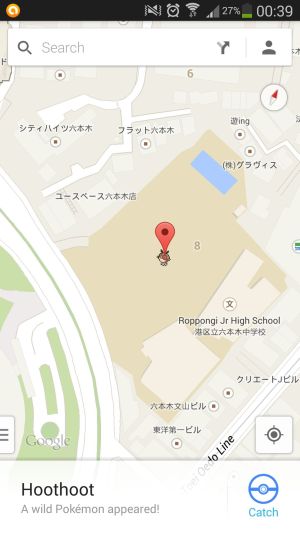 The description on Youtube reads: “Dozens of wild Pokémon have taken up residence on streets, amidst forests and atop mountains throughout Google Maps. To catch ’em all, grab your Poké Ball and the newest version of Google Maps for iPhone or Android. Then tap the search bar, ‘press start,’ and begin your quest.”

The video itself portrays explorers in all kinds of environments  trying to capture Pokemon monsters with their iPhones or Android handsets in a bid to become Google’s ‘Pokemon Master’. The end of the video hints at the joke with a note that the position is not yet available.

Users can update their Google Maps app to start playing the game. As promised on Youtube, tapping the search bar and pressing the start button that appears after that will begin displaying Pokemon to get players started on their quest.

The video had received more than 3.7 million views as of 2 April, with generally positive comments. Google is well known for its elaborate April Fool’s pranks, and some suspect that Shelfies are also part of the April Fool’s Day offering for 2014.

Gmail users were also presented with an invitation to participate in Shelfies, or shared selfies, recently. According to the description, users can take pictures of themselves and have the pictures used as Gmail themes that can be shared with others.

A list of Google hoaxes and Easter eggs can be found on Wikipedia.