An interesting electric vehicle was brought to my attention this week. Just slightly larger than a large motorbike, the Toyota i-ROAD is an ultra-compact single seater vehicle that delivers adequate mobility for cities, but with protection against the elements such as rain and the sun that motorbikes do not offer.

Not much in terms of technical specifications is available for this vehicle, though it is powered by lithium-ion batteries and recharged from special charging stations. The vehicle sports only three wheels, and apparently attains its stability by what the project website terms as an “automatic active lean mechanism”. 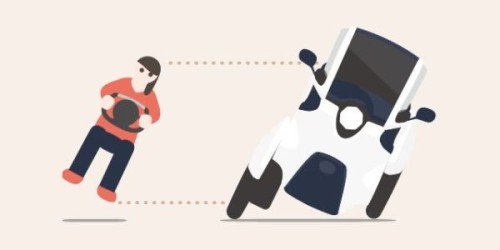 The first thought that comes to my mind is how the small the Toyota i-ROAD is, and how it would be perfect for a small but expensive country like Singapore – recently pegged as the most expensive city in the world by the highly respected Economist Intelligence Unit (EIU). Think about it, the COE license to own a vehicle closed at a sky high SG$76,999 for the lowest-end consumer vehicle (Category A) just a couple of days ago.

Of course, I am assuming that LTA would classify the i-ROAD as a bike or under a special category instead of as a full-fledged vehicle, since nobody would buy a single seater vehicle that costs almost a hundred thousand dollars. I think I will be seriously enticed if the COE were ten thousand dollars or lower. 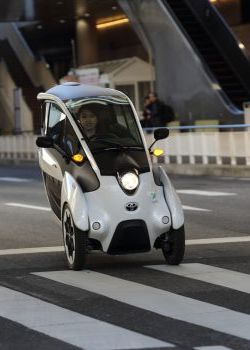 Price aside, the key tenet behind electric vehicles is how it produces no pollution due to the use of electric motors. Of course, cynics will argue that the pollution is merely shifted to power generating plants, what with the lack of green energy sources in Singapore.

This is where the genius of ultra-compact vehicles like the i-ROAD comes in – its significally smaller footprint and weigh means that it requires lesser energy to power than your typical family sedan. I think it would be fair to say that a significant proportion of vehicles on the road on a typical weekday is driven by just one person.

Technology for a better world

Of course, it does seem like Toyota has far bigger goals beyond creating electric vehicles like the i-ROAD. Its website also lists technology such as next-generation telematics, having cars connect to each other to prevent accidents, and innovative energy management that integrates these vehicles with the power grid.

Anyway, the i-ROAD is not available for sale at the moment, but is expected to appear on the roads of Grenoble in France at the end of 2014. For now, you can watch the video of the i-ROAD in action here.

This is a sponsored conversation written by me on behalf of Toyota. The opinions and text are all mine.