WhatsApp w went down again over the weekend, for about three hours according to the WhatsApp Twitter account @wa_status. The news of the outage was tweeted about 4am on Sunday Singapore time, and restoration of services about three hours later, 7am.

While WhatsApp did not actually get back to normal until after 10am for Singapore users, the reactions were predictably hostile just days after Facebook had announced it would acquire WhatsApp for US$19 billion.

There were jokes that the founders of WhatsApp were too busy counting their money, and fears that Facebook had something to do with it, perhaps transferring WhatsApp’s data over to its own servers, or that it was deliberately killing what it perceived to be a threat to its own Facebook Messenger application.

@mdzulkar9 suggested switching to rival Line, while @weeteck asked if it was because there was no need to work now that WhatsApp’s owners have billions.

A look through the Twitter stream of @wa_status shows however that WhatsApp goes down once a month, almost like clockwork. An outage this month is practically expected, and until the deal with Facebook formally closes, it is unlikely that Facebook is helping or hindering WhatsApp’s operations. 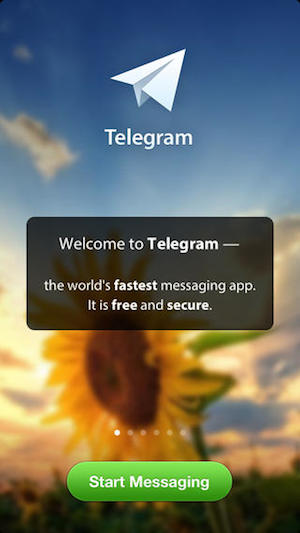 In the hours after the outage, the biggest winner has turned out to be is a small rival to WhatsApp that most people had not even heard of until Facebook announced the acquisition. People who were not Facebook fans started leaving WhatsApp for open source Telegram straight after the announcement, and more jumped ship during the outage.

At about 8.30pm on Sunday, @telegram tweeted,  “@FernandoMigueI Sorry, our SMS gateways are overloaded. 4 million new users within 36 hours was hard to predict.”

The Telegram website gives some clues as to why people want to be on it. Telegram also promises that it is faster, more secure, and completely free, with no ads or subscription fees.

The comparison against WhatsApp in its FAQ adds: “Unlike WhatsApp, Telegram is cloud-based and heavily encrypted. As a result, you can access your messages from several devices (including desktops!) and share an unlimited number of photos, videos and documents.”

Apps are already available for iOS and Android, and alpha versions for Windows Phone are available as well. The only fly in the ointment? A very small team who have been overwhelmed by the number of new registrations. Most of the tweets on @telegram address new users’ problems with the registration process.