On January 29, Google announced an agreement to sell Motorola to Lenovo for US$2.91 billion. It had bought the business for much more: US$12.5 billion, and had sold the Motorola set top box business to the Arris Group for over US$2 billion in 2013.

In August 2011, Google had said that the acquisition of Motorola Mobility, a dedicated Android partner, would “enable Google to supercharge the Android ecosystem and will enhance competition in mobile computing.” Larry Page, CEO of Google, had said at the time: “Together, we will create amazing user experiences that supercharge the entire Android ecosystem for the benefit of consumers, partners and developers.” 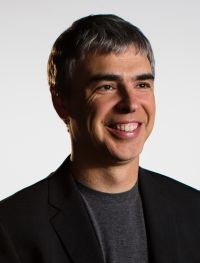 On a 29 January blog post, Page explains the about-face: “We acquired Motorola in 2012 to help supercharge the Android ecosystem by creating a stronger patent portfolio for Google and great smartphones for users. Over the past 19 months, Dennis Woodside (Editor’s note: Woodside is the CEO of Motorola Mobility) and the Motorola team have done a tremendous job reinventing the company. They’ve focused on building a smaller number of great (and great value) smartphones that consumers love. Both the Moto G and the Moto X are doing really well, and I’m very excited about the smartphone lineup for 2014.

“And on the intellectual property side, Motorola’s patents have helped create a level playing field, which is good news for all Android’s users and partners. But the smartphone market is super competitive, and to thrive it helps to be all-in when it comes to making mobile devices. It’s why we believe that Motorola will be better served by Lenovo—which has a rapidly growing smartphone business and is the largest (and fastest-growing) PC manufacturer in the world.”

Google will focus on innovating the Android ecosystem, and it is business as usual for its other hardware efforts, Page said. Why buy so high and sell so low? The key to this sale is that Google will retain the “vast majority” of Motorola’s patents, which the company expects to use for the entire Android ecosystem.

While commenters to the blog post expressed mainly confusion, those who are positive about the move say it is an absolute win. Explains Google+ user cj juszczak, listed in his profile as the Melbourne-based Co-Owner and Co-Founder of Purelogic Consulting, in the blog post comments section: “Google keeps 10,000+ patents, 100+ R&D Motorola employees headed by ex-DARPA director Regina Dugan. US$2.5 billion for selling Moto’s TV set top box business (not to mention a 7% equity in the company that bought it). US$3 billion they just got for selling the handset business for to Lenovo.

This means Google ended up actually spending US$7 billion for over 10,000 patents, a 7% stake in a multi-billion dollar company, and a 100 person advanced R&D group led by the former director of DARPA .”