BlackBerry has filed a lawsuit against  Typo Keyboards, maker of the Typo iPhone Keyboard Case, accusing it of blatantly copying the unique design of the keyboards found on BlackBerry’s legacy and latest BlackBerry 10 smartphones. Typo is co-fonded by American Idol host Ryan Seacrest, while the lawsuit is filed in the Northern District of California.

“This is a blatant infringement against BlackBerry’s iconic keyboard, and we will vigorously protect our intellectual property against any company that attempts to copy our unique design.”

“We are flattered by the desire to graft our keyboard onto other smartphones, but we will not tolerate such activity without fair compensation for using our intellectual property and our technological innovations.”

BlackBerry has seen their profits plummeted for past year, axing their executives, and recently letting go of Alica Keys as their global creative director, noted The Register.

Personally, I have always felt that BlackBerry keyboards were really nicely designed and I do agree that it does look like a rip off. Even if Typo’s main objective is to bring to the iPhone a comfortable keyboard to type on instead of coming up with anything unique or newly-designed, it is unconscionable for them to use an exact replica of an existing design.

Though I’ll want to my hands on such a beautiful keyboard if I ever own an iPhone 5/5S, there are some design flaws with the Typo keyboard for the iPhone. Specifically, it won’t be possible to use the distinctive Touch ID function given how the Typo Keyboard covers up the entire Home button, which I see as the biggest problem for iPhone 5S users. Ultimately, I do hope that Typo would still make through it and release its keyboard. 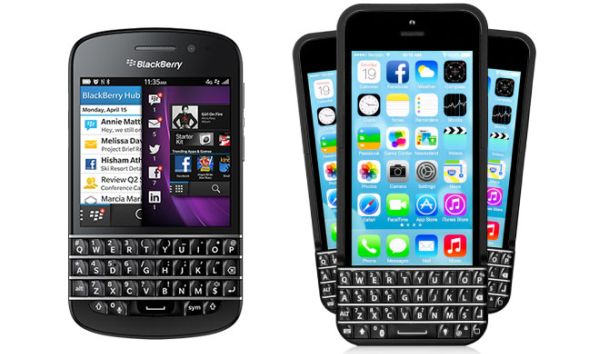