Stuff Singapore names us ‘Tech Blog of the Year’ for 2013

We’ve been named as the Tech Blog of the Year for 2013 by Stuff Singapore. This was the verdict reached by the more than 20,000 votes cast for the Singapore Readers’ Choice Awards 2013, which attempts to identify the most popular gadgets (and one tech blog!) on this sunny island.

Details of the winners can be found in January’s 2013 bumper edition of Stuff in Singapore, which also marks the start of a new chapter in the popular gadget publication here. With direct support from Stuff HQ in the UK, readers can expect substantially better and more timely content from the Stuff team based locally.

Anyway, here’s the blurb about us in the print issue of Stuff Magazine:

Advice and opinions are aplenty on this Best Tech Blog of the Year. Aptly named The TechBlogger, the site is managed by Paul Mah, a veteran in the IT industry who has also written for prominent sitse such as CBS Interactive’s Tech Republic. Though The TechBlogger is a repository for news related to the IT and SMB segment, it is also a catch-all site, offering opinions and insights for the popular consumer electronics segment.

The award ceremony was held earlier this month on December 10 at The National Design Centre. Below is a photo of me receiving the award. True to what you would expect from Stuff, the award itself is a 3D-printer created rendition of the Stuff logo. Nice! 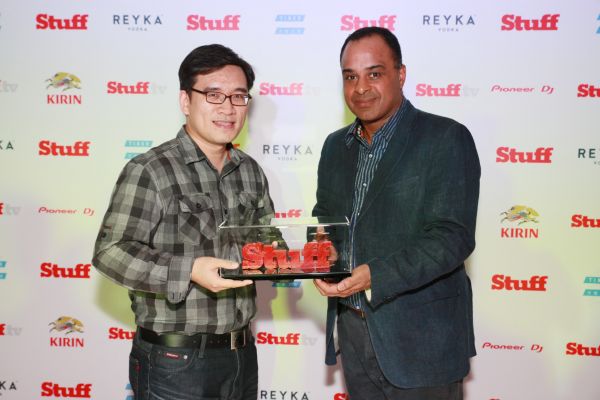