Geekspeak is worth listening to at times, especially when those in question are SolarWinds’ Head Geeks Patrick Hubbard and Lawrence Garvin. In attending every major networking trade show in 2013, they sniffed some serious issues and drew certain sage conclusions about networking.

For 2014, we believe there will greater demand for more services across fewer pipes. Despite increasing complexity, we expect fewer network failures and anticipate demands for higher service levels in telepresence, VoIP and virtual desktop infrastructure (VDI). We believe we’ll start seeing a new focus on WAN efficiency.

We also foresee the benefits of virtualisation becoming ubiquitous on the desktop; VDI will facilitate increased flexibility for business; and sysadmins will set performance levels for web-based applications.  Finally, we envision growing concerns about cyber-crime targeting guest-corporate network gaps and firewall attacks escalating.”

Expect to see increased demand for more services over the same infrastructure/ bandwidth/ connection (inside and outside of networks).

The quality of network equipment continues to improve, so there will be fewer failures and netadmins will access information quickly via monitoring. But when networks are virtualised they become more complex, so failures/ outages will become harder to detect and fewer people will be able to resolve issues with hands-on.

Services such as telepresence, virtualised desktop infrastructure (VDI) and VoIP require high levels of service and are strongly affected by latency (connections with long delays). Yet users are expecting to see the quality of their VoIP/ telepresence calls match that of landline connections.

IT pro’s will look to meet VoIP expectations with hardware and monitoring equipment that manages an outage in real time, and resolves automated failovers within software.

LAN speeds have been a common yet underestimated problem. But with cloud-based data storage and companies using SaaS for their core services, the focus will veer back to the efficiency of WANs.

Virtualisation has become ubiquitous, being used in networks of all sizes and complexities. There will be more emphasis on extending the benefits of virtualisation to desktops (Virtualized Desktop Infrastructure). The direct cost savings of VDI are not as clear-cut in Virtualised Networks, since the cost of desktop computers and applications must be taken into account.  Yet since VDI also offers business the flexibility to change and grow without significant additional investment in time and money, expect to see increased take-up throughout 2014.

Virtualisation also reinforces the IT pro’s need to be aligned with business goals and ensures that IT infrastructure is able to grow and change with the business.  Expect to see this trend too.

Keys concerns for IT Pros in 2014 will include the handling of Microsoft OS changes, both MS 8 and the end of XP support. Since changes to the Microsoft operating system since XP have been significant, help desk professionals are concerned about the extra expenditure on new licences and training. For large networks it will no longer an option to stay with XP unsupported, since there will be no more XP updates, and most of these relate to security breaches. 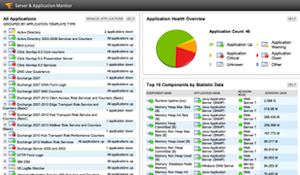 Sysadmins will continue the trend to setting set levels of web-based application performance that match the rigid performance standards for applications housed on their internal networks. i.e. Everyone expects NetSuite or Sales Force to run just as efficiently as Outlook.  The complexity will increase when they cater for staff utilising mobile applications, such as Sales for iPhone. Users see no difference and will expect the same levels of reliability and use.

What happens when cyber-criminals figure out how to bridge the gap between a guest network and the corporate network? With BYOD, remote wipe on worker-owned mobile devices will evolve to ensure that only company emails and contacts are wiped – not personal details. This will ensure greater buy-in from staff.

Firewalls are under attack constantly and the problem is escalating.  Network admins know there are holes in their firewall policies that need to be blocked, but because the problem is changing constantly it is difficult to stay current without relying on the expertise of security vendors. Since there are few solid solutions, and vendors are offering fewer new product offerings, more emphasis will be placed on built-in automation scans configurations and rules.

The divide between senior and junior engineers will continue to widen.  Increasingly senior engineers will have to learn how to manage teams in multiple locations and across multiple cultures.  Senior engineers are selling themselves as experts to maintain their value, but we can expect to see a shift to a business focus.  More IT pro’s will refocus their hours by looking at ideas for mid-term savings and improvements.

Since IT is core to any business, netadmins/sysadmin’s are ideally placed to understand business needs and how it align IT resources to the overall business goals. They best placed to transform a business, so expect to see this trend escalate during 2014. Also look to see CIOs take steps to ensure their independence from other departments by establishing their own value to the business. They will be pushing to become an innovation centre rather than a cost centre.

This is a sponsored post in conjunction with SolarWinds