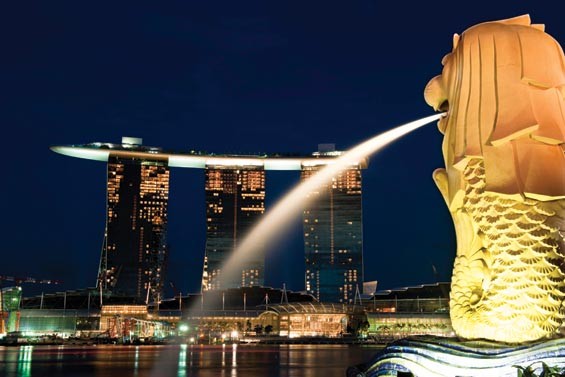 There is definitely an intense amount of interest in environmentally friendly energy generation, going by the interest in my recent blogs on this topic. My first blog on NRGLab and its Role in Alternate-Energy Generation has seen over a thousand Facebook shares to date, while the follow-up piece on Generating Electricity from Ambient Temperature Differences has been shared over 200 times since it was published last Friday.

As such, I thought it’ll be interesting to highlight a short list of practical applications for the SH box.

Poly crystals can be used as a strategic energy buffer against supply disruption that threatens the generation of power. In Singapore, the bulk of energy production is generated using natural gas and fuel oil, with has been diversified with sources such as clean coal in the Tembusu multi-utilities complex that opened earlier this year. Poly crystals can diversify the mix further, but at the cost of zero carbon dioxide emissions. Indeed, the non-polluting nature of the SH box means they can be deployed in a distributed fashion at power substations, eliminating unavoidable electrical losses when using step-up and step-down voltage transformers.

Another intriguing use of the poly crystal would be to deploy the SH boxes in homes or small business establishments. This could be implemented relatively easily by rewiring electrical mains to an SH box and an inverter (To convert the DC output to AC). A bypass circuit can always be installed to switch the power input back to the mains should the SH box fail; of course, the SH box is guaranteed for up to 20 years.

Businesses or facilities that consume large amounts of power could also leverage on poly crystals to supplement their power needs. Especially in energy guzzling data centres or server rooms, SH boxes can be used to supplement traditional UPS (Uninterruptible Power Supply) to substantially increase their runtime. In case you weren’t aware, Singapore has the highest data centres capacity of any country in the entire South East Asia region.

While wiring up a SH box into a household is a good way to achieve zero CO2 production, another way to more gradually introduce the technology would be for manufacturers to integrate poly crystals into the two most power hungry appliances in the household: the air-conditioning unit and the refrigerator.  There is no need to cut their output to zero either; even halving their power consumption will result in tangible savings for consumers.

Fancy a laptop or smartphone that never need to be recharged? This may be a distant possibility, if NRGLab is able to further increase the power efficiency the poly crystals. As noted previously, poly crystal weighing around 80 kg is capable of producing 1KW/h of power, though microprocessors that consume lesser power would help too. Indeed, it may not be too long before external adapters packed with poly crystals can be used to recharge a low-powered ultraportable laptop.

Do you have any ideas on how the SH box may be deployed? Feel free to chip in with your thoughts in the comments section below. My next blog later this week will shed more light on the content of the SH box and how the poly crystal works. Stay tuned!