Five Reasons to Switch to Windows 8 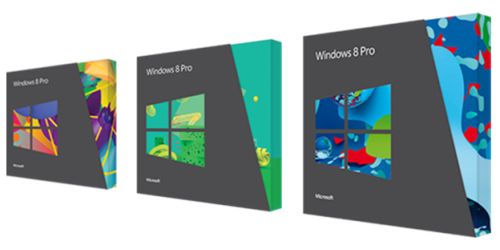 It has been over a month since Microsoft unveiled the Windows 8 operating system (OS) on October 26. As is the case with each new version of the Windows OS, some users may be undecided if they should make the transition or stick with what they are using.

For those still on the fence, I’ve drawn up five reasons to switch to Windows 8 below.

Unlike the half-baked touch support found on Windows 7, Windows 8 was designed with touch in mind from the get-go. For example, the new tile-based Modern user interface makes use of the touch screen to offer a tablet-like experience. The desktop is still around though, and can be launched by tapping on the Desktop icon.

With a view on the needs of businesses, computer makers have unveiled a range of touch screen devices to take full advantage of Windows 8. Ultrabooks such as the Dell XPS 12 offer the best of both worlds with a unique convertible design that switches easily between a laptop and a tablet. You can read my review of the Dell XPS 12 here.

Getting Windows 8 to run on existing hardware was one of the engineering objectives for Microsoft. Various benchmarks and anecdotal evidence to date suggests that Microsoft has succeeded in making Windows 8 the fastest version of Windows ever. From my personal experience, Windows 8 starts up in a shorter amount of time than Windows 7, and goes into suspend mode and resume from it faster.

Part of the heightened security in Windows 8 revolves around its support for the Unified Extensible Firmware Interface (UEFI) secure boot feature. The technology ensures that only properly signed and authenticated components are allowed to load, creating a secure path from the moment the PC is booted up until control is handed over to Windows 8. This protects the vulnerable boot loader from being corrupted or hijacked by hackers or malware. Finally, Windows 8 comes preinstalled the Windows Defender antimalware tool, which is also enabled by default.

Windows 8 allows users to perform a quick “reset” to switch everything back to the factory defaults – as you would with a smartphone or tablet device. A less extreme option would be “refresh,” which will initiate an automatic reinstallation of Windows 8 while leaving personal data, important settings and Modern apps alone.

In Windows 8, Microsoft made changes to its NTFS file system to allow for greater availability. Instead of treating the entire storage drive as a single volume that has to be taken down to deal with any file system corruption, the new model will first attempt to heal detected anomalies online. In the unlikely event that the data volume must be taken offline, the enhancements allow for the errors to be resolved within seconds.

The above points aside, Windows 8 comes with a long list of other improvements that make it a worthwhile upgrade. This ranges from a brand new software stack for handling USB 3.0 devices, as well as better multi-monitor support. You may want to consider giving Windows 8 a spin if you’ve yet to do so.