Competing Preferences between the Keyboard and Touchscreen 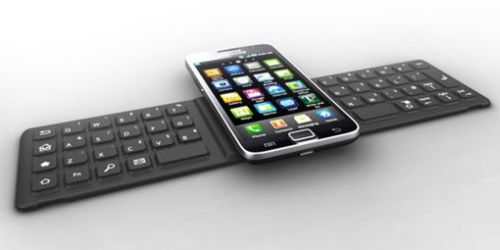 When on the lookout for a smartphone upgrade, many consumers prioritize the ease of typing as an essential feature, since it is this feature which provides smooth access to SMS, email and the internet. They often disagree, however, over what ‘ease of use’ actually means: some prefer a traditional QWERTY keyboard, while others choose to embrace the full touchscreen. This article will look at the pros and cons of each typing method and explore a new market trend that sees RIM’s BlackBerry devices appealing to both.

The benefits of a QWERTY keyboard phone include familiarity, distinguishable buttons and smooth transition between written texts. While many Android smartphones and all iPhones employ a touchscreen infrastructure, the traditional BlackBerry smartphone has always featured a full keyboard – one of its most popular features. Users can employ both of their hands to type in familiar movements similar those used with a computer keyboard. The BlackBerry keyboard is especially convenient for users who text and email more than talk. When using a full keyboard users are not held back by the possible eccentricities of the screen, be it a too-sensitive touch reflex that renders texts gibberish, or a slow-to-respond operating system. Many argue that typing on a full keyboard is more reliable, as it is less likely to be affected by slightly moist or sticky fingers, though no phone appreciates too much exposure to liquid, regardless of layout.

One of the biggest selling points of a full keyboard is that you can reliably touch-type a mistake free message without looking down at your smartphone- just as you would be able to with your computer after enough practice. This is not usually possible with a touchscreen, as there is no tactile recognition of the letter you have selected.  Autocorrect mistakes are also not normally an issue for those who choose full keyboards. A QWERTY mobile phone, like the BlackBerry Bold smartphone, is also less delicate than its touchscreen counterpart, which can crack or shatter when dropped.

Recently, some consumers have decided to ditch their full keyboard smartphones to enter the realm of the touchscreen. Some are attracted to their elegant, minimalist designs and smooth, borderless surfaces that are much larger – sometimes double or triple in size – than the screen of a QWERTY handset. This is ideal if the phone is used to watch videos, read an e-book or watch presentations. Touchscreen phones also often have a larger memory capacity and do not require supplementary storage via a MicroSD card slot. The interactive nature of touchscreens is one of the most appealing features. Each motion is given new meaning: from tapping to swiping and pinching – making a call and getting online is much more interactive. Touchscreen devices are also far and away the more advanced type of smartphone when it comes to playing apps and games.

While most mobile phone providers choose to showcase and develop either their QWERTY or touchscreen phones, RIM is pioneering a new trend and reinventing its image in the process. The upcoming BlackBerry 10 OS and its associated smartphones will somewhat represent a milestone for RIM. The handsets will combine a more traditional physical keyboard with a full touchscreen. They will operate unlike any other smartphone on the market. That is, rather than placing suggested words in the textbox above the keyboard, the BlackBerry 10 touchscreen interface will layer its suggestions between the keyboard’s two rows of letters. If the selected word is correct, you then swipe with an upward motion to select the word, or ignore it. RIM is hoping to capitalize on this innovation by releasing the full touchscreen BlackBerry 10 before a full QWERTY version, thus attempting to accommodate current consumer preferences, while simultaneously providing for those would like a touchscreen device.