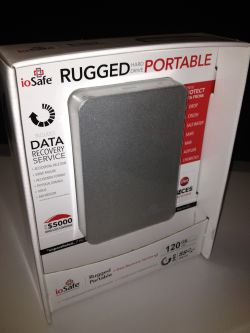 The ioSafe Rugged Portable SSD arrived via UPS yesterday. In case you haven’t heard by now, ioSafe is the technology leader in disaster proof storage hardware. They sell a range of fireproof and waterproof storage devices that uses forced air cooling and other proprietary technologies to achieve a level of ruggedness and protection few would expect from their storage hardware.

The company says its products can survive (Exact specifications vary by product) up to 1550 degrees Fahrenheit (Approx 840 degrees Celsius) of heat or immersion in 10ft (Approx 3 meters) of water for 72 hours.

The Rugged Portable line comes in two distinct flavors: a vanilla model sporting a 2.5-inch 5,400rpm hard disk drive, and a high-end one powered by an SSD (solid-state drive). According to its the ioSafe Rugged Portable SSD product page, the SSD version uses a blistering fast Intel320 Series SSD.

Interestingly, the Rugged Portable family does not appear to be fireproof – I’ll have check with the ioSafe team on that. The tough aluminium exterior however, does offer a layer of protection from chemicals and can survive immersion in nasty liquids such as diesel fuel, oils, hydraulic fluids, aircraft fuels at a depth of 12 ft for 1 hour. And yes, it can survive drops of up to 20 ft (6 meters) too.

As expected, initial tests using a USB 2.0 port shows the Rugged Portable SSD achieving transfer speeds of just over 30MB/s. More than anything, this highlights how the aging USB 2.0 standard is unable to cope with the new generation of SSD-based portable storage.

I will be testing it with a USB 3.0 machine soon, and will post the results here. Stay tuned. 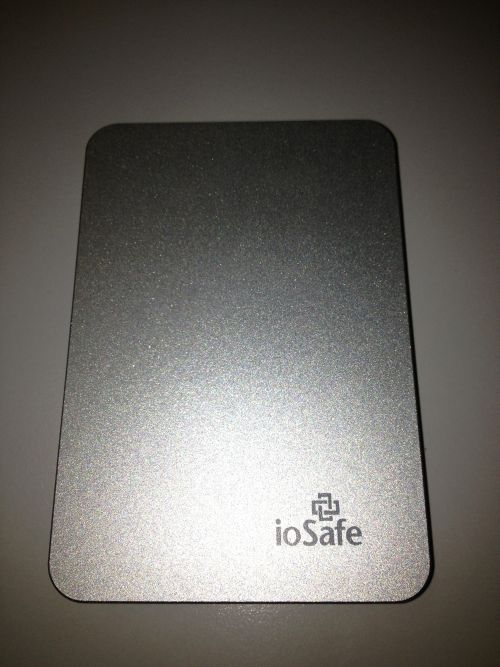 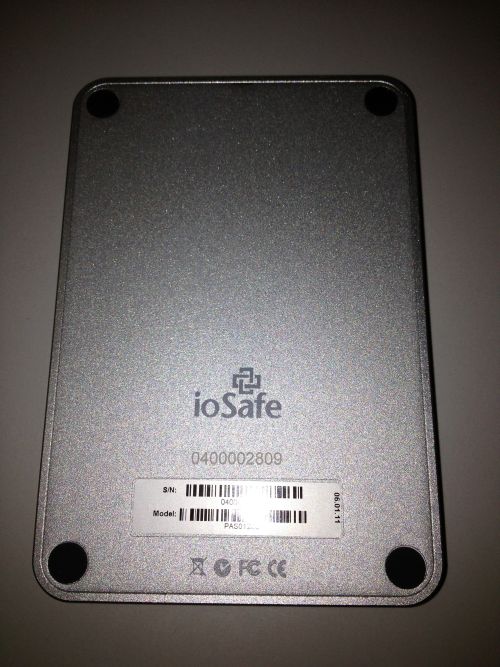 Back view of the Rugged Portable SSD

I admit to expecting a somewhat nicer packaging for $499; not that this was in any way bad

Back view of the packaging 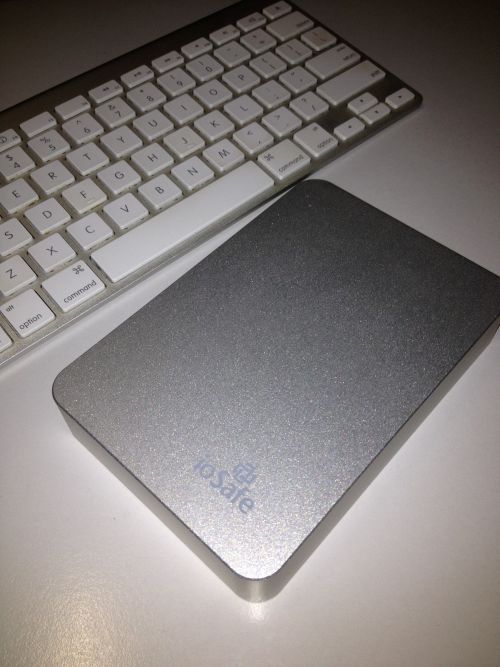