The unit I reviewed is the standard version of the SoundLink Wireless Mobile speaker (with nylon cover) which retails for S$549. A premium model with dark brown leather cover is also available at S$639. Accessory covers in various color are available separately for S$59 (nylon) and S$99 (leather). 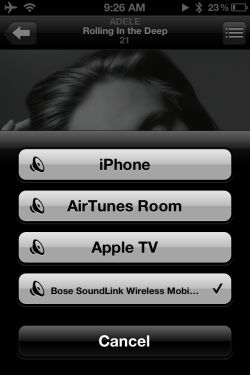 Streaming music to the SoundLink from my iPhone

I tested the the SoundLink in the one week that I had it at home, and also brought it on a short trip to Malaysia. As someone who loathes coming back to a silent hotel room in the evenings, I am happy to say that the SoundLink performed superbly.

The speakers delivered credible performance even at high volumes and does not sound muddied like so many portable speakers that I’ve tested. The sound stage, mid-range and bass totally belies its diminutive size. I also did not notice any discernible reduction in the qualify of music playback due to the use of Bluetooth.

Having said that, I felt that its treble could have been better. And its mid-range, while adequate, isn’t exactly impressive. Then again, I’m probably making an unfair comparison against my Yamaha reference speakers which I listen to regularly.

Below are some of my other observations of the SoundLink:

One shortcoming of the SoundLink is the absence of Bluetooth AVRCP (Audio/Video Remote Control Profile) support. This results in two sets of volume control: The volume buttons on the SoundLink itself, and on your source device such as iPhone or iPod. Not a deal breaker, but it would have been a great feature. Hopefully, this capability will materialize in a future firmware upgrade via its “Service” port.

At SG$548 for the standard version, the SoundLink is among the most expensive in portable wireless speakers today. But if you travel for work often and simply must have the best sound in a portable package, then the SoundLink is heartily recommended. 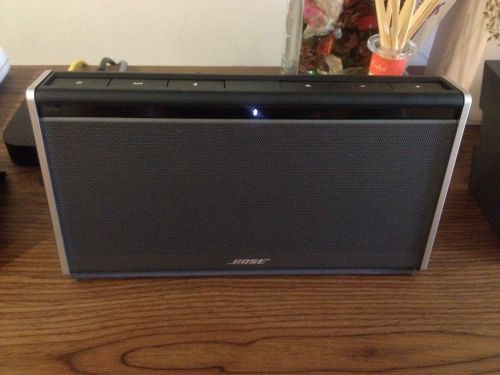 Front view of the Bose SoundLink Wireless Mobile speaker. Note the illuminated buttons along the top 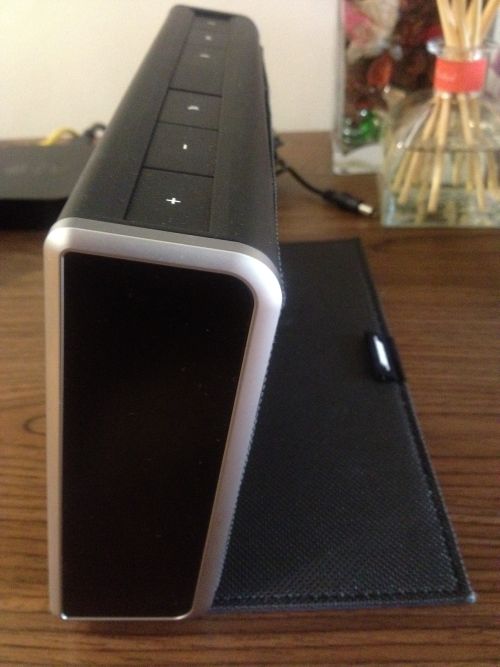 The SoundLink is slim enough to fit into your luggage when travelling, while its beveled Chrome edges are designed for longevity 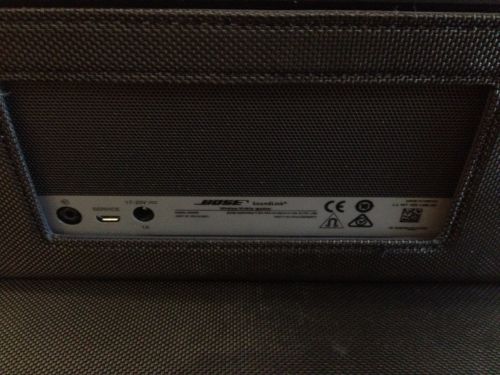 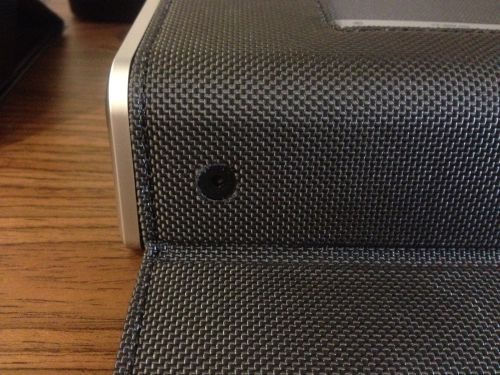 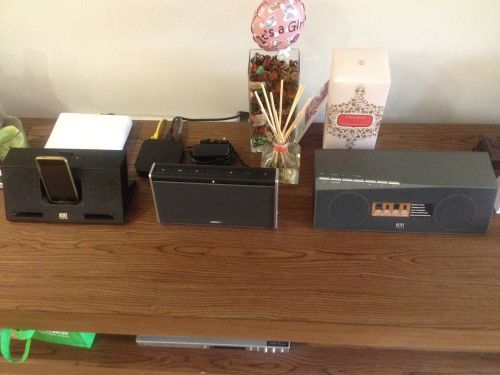