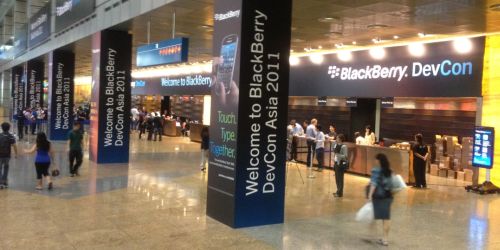 I was invited to attend the BlackBerry DevCon Asia 2011 held at Suntec Singapore International Convention & Exhibition Centre last week. As you can imagine, one of the key topics for this year’s conference was developing for the PlayBook Tablet OS. In that vein, all participants were given a 16GB version of the PlayBook Tablet to help them get started. 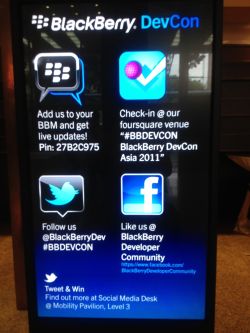 Had to sign a one-page disclaimer, but that was completed very quickly. And despite various dire warnings of potential incompatibility with existing apps, it worked well for me – so far.

Because I had classes on Wednesday and Thursday, I only managed to attend one workshop session on Wednesday. Learned about developing for the PlayBook using the Native SDK (NDK) and gained a few nuggets of information.

In a nutshell, the NDK in its current state doesn’t support any of the GUI widgets that you will need for a typical application. (Which may explain the dearth of productivity apps) There is no doubt that it is a powerful platform for the creation of games using the C or C++ programming language, however. I was told that the initial release of graphical widgets will be in the “next few months.”

For now, I would only recommend the NDK for demanding games and apps; for a quick way to create good-looking apps for the PlayBook, use Adobe AIR or WebWorks. 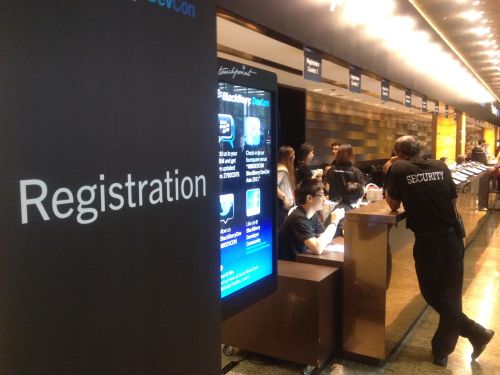 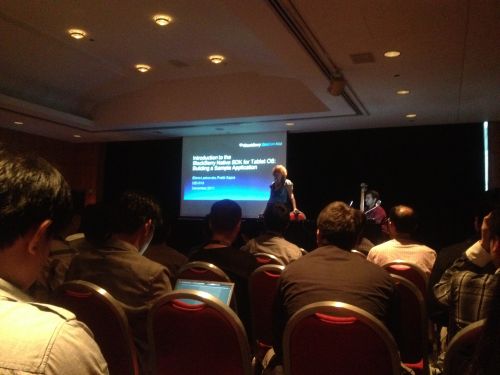