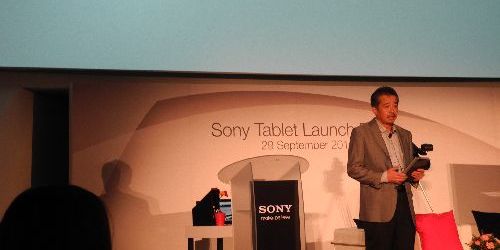 Sony launched the “Sony Tablet” S at the ArtScience Museum at Marina Bay Sands in Singapore on Thursday this week. In case you’re not already aware, the Sony Tablet S comes equipped with Android 3.2 and is powered by the Nvidia Tegra2 processor. 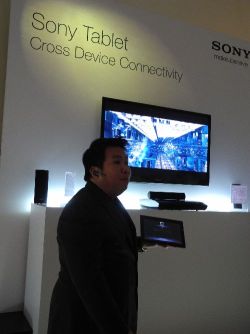 Demonstrating the DLNA video capabilities of the Sony Tablet S

There is also two built-in camera, with the front one pegged as 0.3 megapixel and the rear one of 5.11 megapixel. Additional information supplied by Sony on its press release noted the its tablet is good for 31 hours of music, 6 hours of video, or 6.2 hours of web browsingn via Wi-Fi.

What struck me were the efforts made by Sony to differentiate its offering from other Android tablets out there. For example, the Sony Tablet S will be the first series of PlayStation certified tablets on which the original PlayStation games can be played. Moreover, much effort has been put in to ensure that it works with DLNA compatible devices for wireless video and audio streaming.

For example, to get video or music files to play on a pre-registered DLNA device, simply drag them to the appropriate device on the screen. A brief pause later, the video or music starts playing on the large-screen LCD TV or the wireless speaker. Indeed, there were a couple of yet-to-be-released Sony-branded speakers at the event to demonstrate the capabilities of the Sony Tablet S.

The 16GB and 32GB version of the Sony S Tablet will be priced at SG$668 and SG$798 respectively. They will be available in Singapore from end-October 2011, though you can pre-order them from here for a free gift (custom fit case) and a special offer for accessories.

More pictures of the event and tablet below. 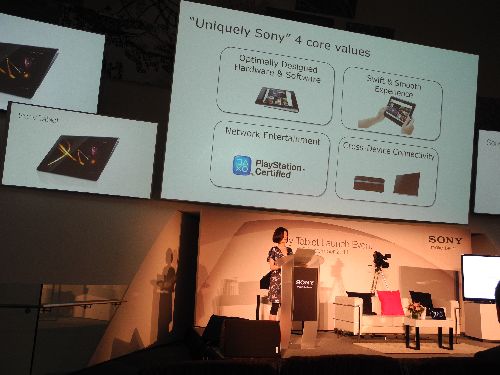 The key design principals behind the Sony Tablet S 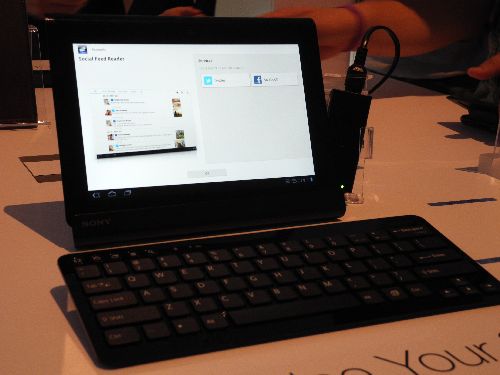 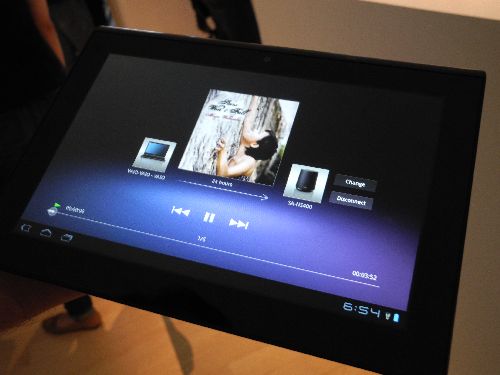 Media Player on the Sony Tablet S. You can "throw" videos and music playback to DLNA-compatible devices by simply dragging them there 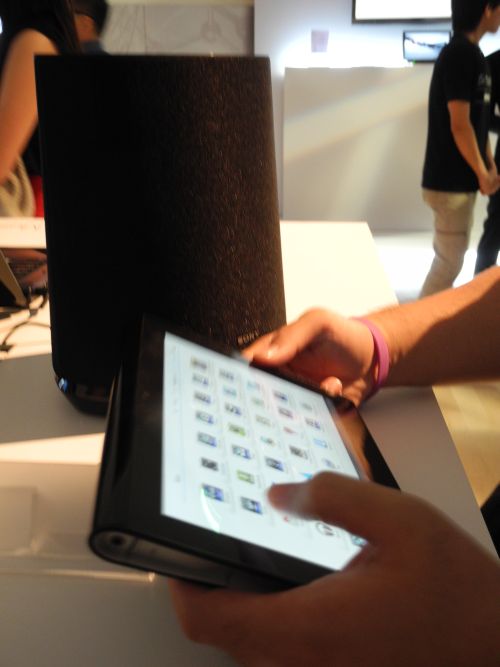 A yet-to-be-released Sony-branded DLNA speaker in the background; it supports Wi-Fi and wired Ethernet 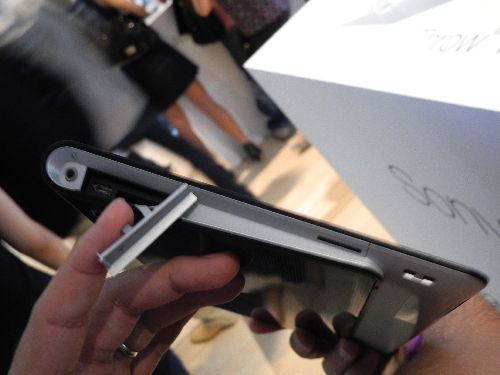 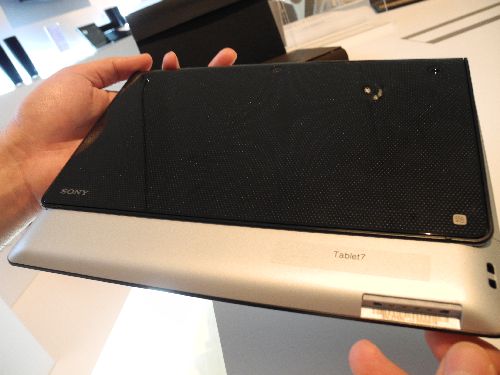 The chassis of the Sony Tablet S is relatively uncluttered as you can see. At the bottom is the proprietary connector for optional the dock