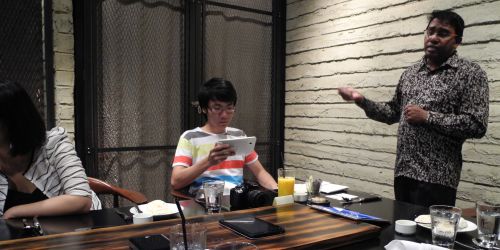 Seagate unveiled its GoFlex Satellite Mobile Wireless Storage device at a lunch event held in town today.  In the picture above, you can see Seagate Senior Manager Ganesh Kumar Panadam highlighting some of the key points of the company’s new storage product to the media in Singapore.  In a nutshell, the GoFlex Satellite Wireless can be best described as a portable USB 2.0/USB 3.0 hard disk drive with built-in Wi-Fi for use with tablets and smartphones when on the move.

Some quick points about the GoFlex Satellite Wireless:

Seagate envisions that users will pack movies, photos, music and documents onto the storage device without being worried about running out of storage space on their tablets or Wi-Fi enabled smartphones.  The GoFlex Satellite Wireless facilitates that with its built-in lithium-ion (non-replaceable) battery good for five hours of continuous video streaming, or 25 hours of standby life. 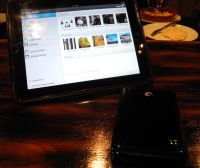 To ensure seamless usability, Seagate is providing explicit support for the iOS (iPad, iPhone) and Android platform via native Apps.  Note that the App only provides the ability to browse/read/view, but not write capability.  i.e. You will not be able to use the App to edit a Word document via Docs To Go, and save it back to the GoFlex.

Where support for other tablets (and smartphones) are concerned, it is understood that users will be able to access their files on the GoFlex via a generic Web interface when connected via Wi-Fi, which includes PCs and Mac OS X laptops.  Of course, it’ll probably be much faster to connect a laptop via its USB interface, made possible by a USB 3.0 to USM adapter.

I found the iOS App to be very well-designed on my iPad, and I was able to stream videos seamlessly.  The usability and polish of the App is great, though I discovered a couple of bugs that caused the iPad App to abruptly terminate. Have feedback them to Seagate, so a new update will hopefully be out soon that rectifies them prior to general availability of the GoFlex Satellite Wireless in Singapore.

I must emphasize that video playback was extremely smooth however, despite being in a room together with at least 9-10 other tablets all streaming using Wi-Fi.  Its high price of SG$299 may be a deterrent to some however, though I can see how frequent travelers may be delighted with the greatly expanded storage capacity the GoFlex offers. 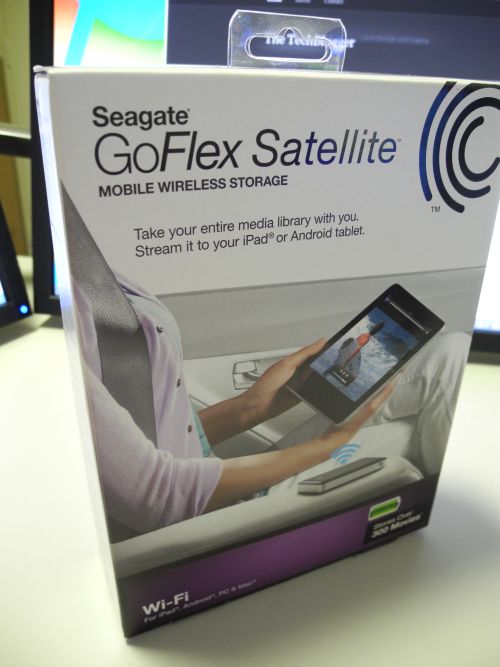 The GoFlex Satellite Wireless (Not generally available in Singapore yet) 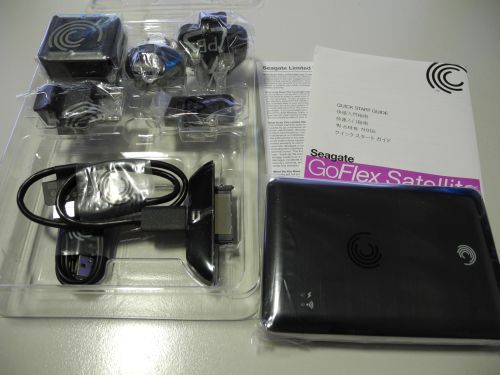 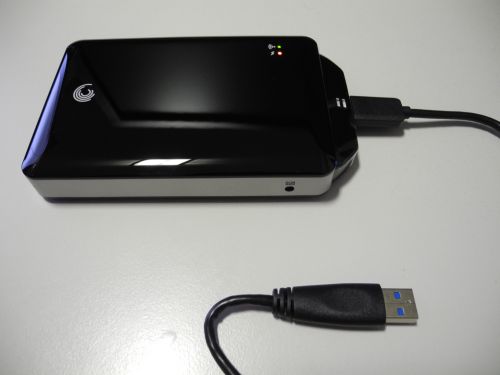