The BlackBerry Bold 9900 smartphone will be available in Singapore on the 1st of September 2011.  It will be launched and sold by all three carriers here – SingTel, StarHub and M1.  Customers who are interested in getting one may pre-order it at sg.blackberry.com/Bold9900.

In a nutshell, the Bold 9900 brings back the design of the wildly popular Bold 9000, but with an enhanced form factor that is just 10.5mm thin and a touch screen.  Under the hood, it also features a super-charged 1.2GHz processor, as well as built-in support for NFC (Near Field Communications). 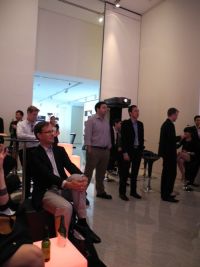 Preview of the Bold 9900, Torch 9810 and Torch 9860 inside. Ended up giving it a miss unfortunately, as I had another appointment already scheduled

The above information was announced in at last Thursday’s preview of the BlackBerry OS 7, which RIM says will deliver a highly responsive touch interface with its “incredibly fast and smooth graphics.”

While I am more interested in the next-gen QNX-based BlackBerry operating system, BlackBerry OS 7 does offer some nice features too.

Finally, RIM also showed off the upcoming Torch 9810, which has a much faster processor (1.2GHz), and the Torch 9860, which is a thinner (11.5mm) touch-only BlackBerry.  Additional details about the new models can be found in the below slides.
[Click to enlarge] 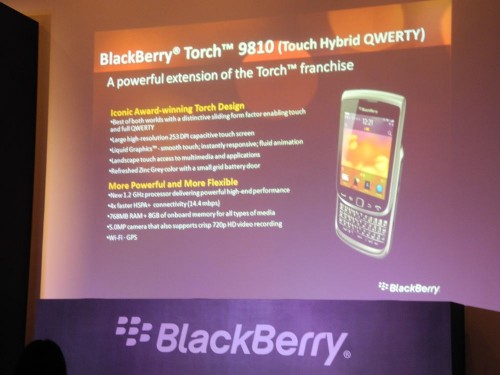 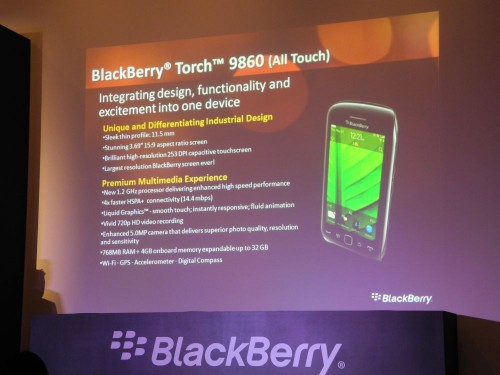