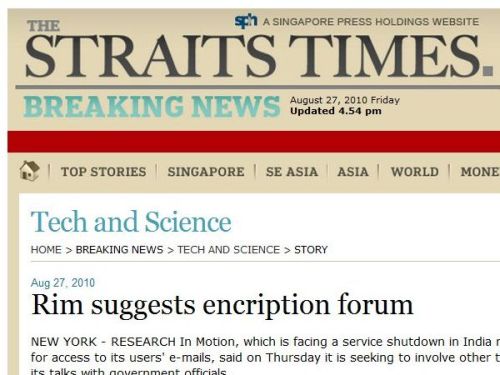 Spotted the above errors yesterday and felt compelled to blog about it.  The Straits Times in Singapore appeared to have adopted a “just publish it first” strategy in its Breaking News section, which is resulting in a fair number of such blatant errors and typos in that section of its online site.

I can’t remember when I first observed this phenomenal and captured a screenshot of it; though this wasn’t the first time I’ve observed such mistakes. When I last spoke to a Straits Times journalist about this last year, her response was “you can try telling them that.”

Now, I can definitely understand the desire to be the first to post breaking news in the fast-paced Internet age. Having contributed to a number of very successful websites around the world though, I fail however, to see that any of them would have allowed such blatant errors to be published in the first place.

I find it ironic – even as traditional media attempt to compete with social media by decreasing their turn-around time, the lowering of standards actually have the effect of reinforcing its increasing irrelevance.