JooJoo is in production and will ship by end-Feb 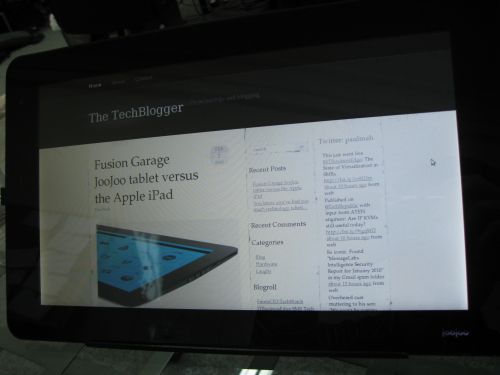 Just came back from a trip from the office of Fusion Garage, the Singapore company that created the JooJoo tablet.  I spent some time using the device (It’s exactly the same as the one demo’ed in December 2009) and also spoke to founder and CEO Mr. Chandrasekar Rathakrishnan about the JooJoo.

Now that we are nearer its launch, I was able to confirm some key information (Production has started) pertaining to the final hardware (USB port stays).  I also quizzed Chandra on his take about the Apple iPad, and if Fusion Garage will be modifying its pricing (no)  in the wake of its unveiling.

I’ll post the rest of the details shortly in the full write-up.